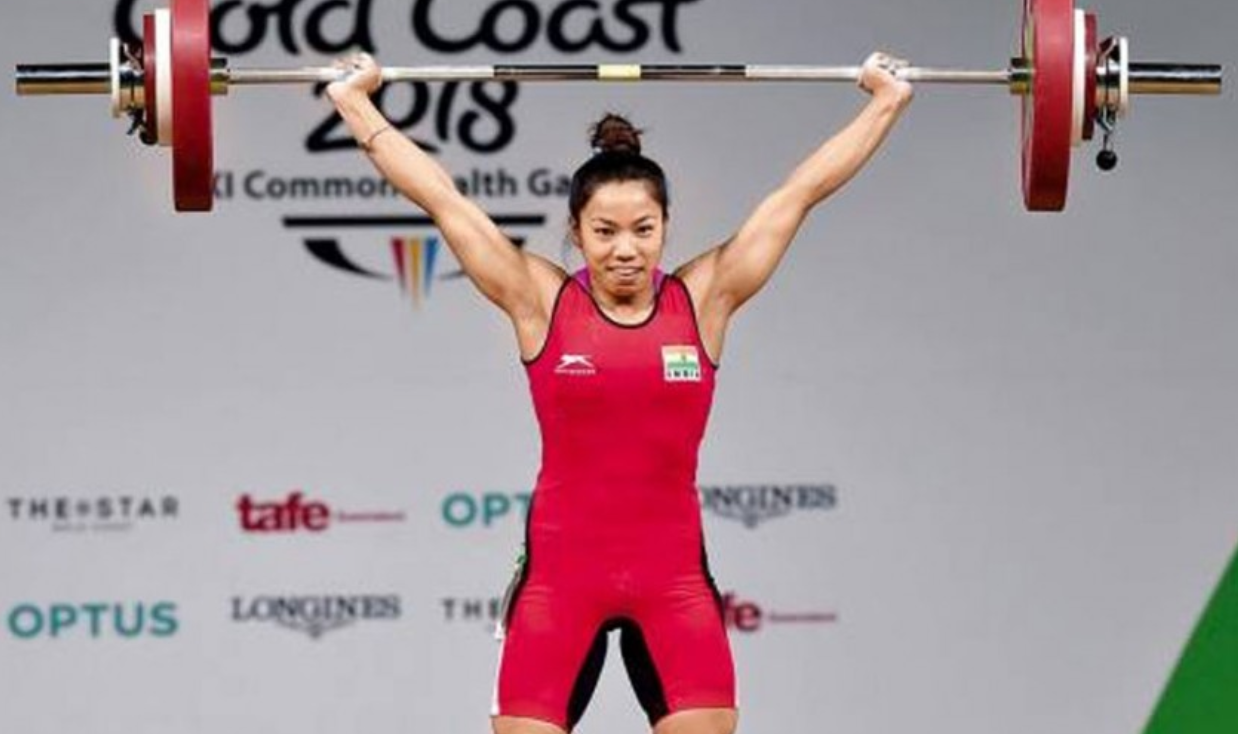 Chanu lifted 86kg in snatch and a world record of 119kg in clean and jerk for a total of 205kg.

Former world champion Mirabai Chanu made a splendid return to the weightlifting arena, setting a new world record in clean and jerk while also bettering her own national record en route winning a bronze medal at the Asian Championship in Tashkent on Saturday.
Chanu also confirmed her Tokyo Olympic spot as she has now competed in the six mandatory qualifying events.

While the earlier clean and jerk world record was 118kg, Chanu’s personal best total in 49kg was 203kg (88kg+115kg) at the National Championship in February last year.

The gold medal went to Hou Zhihui of China who created a new world record in snatch and total weight with an effort of 213kg (96g+117kg) while her compatriot Jiang Huihua clinched the silver, lifting 207kg (89kg+118kg) in the gold level Olympic qualifier.

“We are delighted by the clean and jerk performance but we have to improve snatch. It is a huge thing that an Indian has set a new world record in weightlifting,” national coach Vijay Sharma told PTI.

Competing at an international tournament after more than a year, the former world champion was off to a shaky start as she failed to lift 85kg in her first two snatch attempts.

The diminutive Manipuri then lifted 86kg in her final attempt. However, she finished fourth best, behind Zhihui (96kg), Huihua (89kg) and Aisah Windy Cantika (87kg) of Indonesia.

Chanu began her clean and jerk with a 113kg and then lifted 117kg successfully for her personal best. The Indian then bettered her own performance, hoisting 119kg, more than twice her body weight.

Fellow lifter Jhili Dalabehera was also assured of at least a silver medal as there were only two entries including hers in the 45kg weight category.

Jhilli, who had won a silver medal at the 2019 edition, will fight it out with Philippines’ Mary Flor Diaz on Sunday.

The Asian Championships is a gold level Olympic qualifying event, the points from which will be counted when the final rankings for Tokyo Games cut are made.