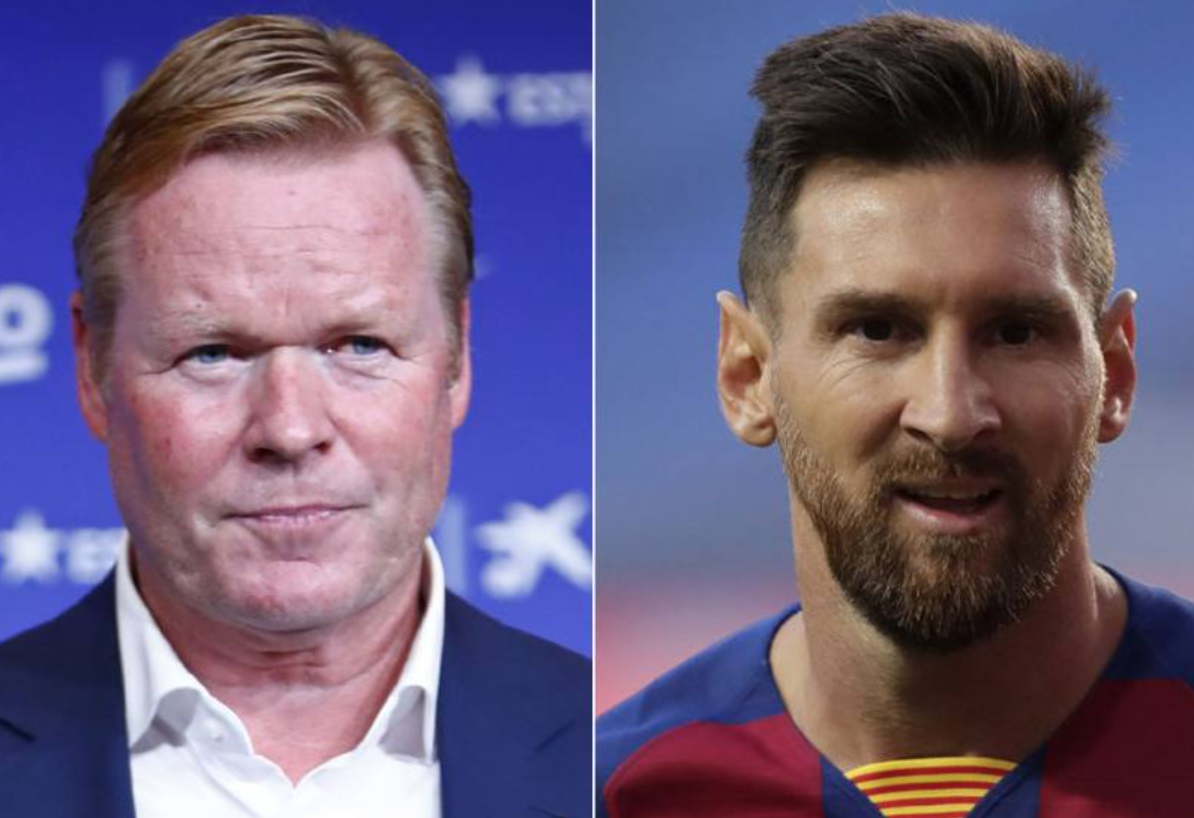 Lionel Messi will make the final decision on his future, but Ronald Koeman has no doubt the 33-year-old is happy at Barcelona right now

Ronald Koeman has reiterated his desire for Lionel Messi to stay at Barcelona, although he once again acknowledged it is the player who will make the final decision.Messi wanted to leave Barca last year but stayed on to see out the final year of his contract, details of which were recently leaked to the Spanish press.

The revelation of Messi’s earnings – potentially worth in excess of €555million over the course of four years – came as Barca’s debts reportedly rose above €1.1billion, with the coronavirus pandemic dealing a huge blow to the club’s finances.

Despite the speculation surrounding his future, Messi has continued to perform for Barca, scoring 16 goals across all competitions this season.

He missed two games due to suspension in January but returned to score against Rayo Vallecano in the Copa del Rey, followed by the opener in Barca’s most recent LaLiga match, a 2-1 win over Athletic Bilbao.

Koeman said in midweek that he still hoped Messi would eventually choose to remain at Barca and extend his contract, though the coach conceded he was not confident of that happening.

Speaking ahead of Sunday’s game with Real Betis, the former Netherlands boss again stressed Messi’s future is in his own hands.

“I said the other day: I think there’s one person that can decide his future and that is Leo Messi himself,” Koeman told a news conference.

“Us as a club and me as a manager, of course, I would like that he stays here for many more years and we can try to make him feel good, make sure he’s happy, because if he’s happy, like he is this season, he gives us a lot of quality, which we need.

“He is a player with incredible talent and, on top of that, I think his morale is also very high at the moment; he’s got good energy and he helps us a lot. The future is in his hands.”

Messi has created 14 goalscoring chances following a ball carry (moving with the ball five or more metres) in LaLiga this season – more than any other player – although he has failed to assist in this way. The 33-year-old has an exceptional record against Betis, having had a direct hand in 31 goals in 21 LaLiga appearances against the Andalusian club, scoring 21 times and providing 10 assists, while he has either scored or assisted on each of his past five league visits to Benito Villamarin.

Messi is still the main man at Barca, but Antoine Griezmann has finally rediscovered the form which earned him his big-money move from Atletico Madrid.

Griezmann scored twice and set up two more as Barca laboured to a 5-3 extra-time victory over Granada in the Copa del Rey on Wednesday, a result which Koeman celebrated passionately on the touchline.

“I remember that I called him when I signed for Barcelona,” Koeman said of Griezmann, who ranks fifth in the Blaugrana squad for league chances created this season (21) but leads the way on assists (four), while his goal tally of six is bettered only by Messi (12).

“Although he started without effectiveness, he has recovered. I have never doubted him. Besides, he is also his own critic.

“You can’t ask for more from Griezmann, he’s very important to us.

“I can’t deny that the other day I was very happy after the game. I don’t know for how long. Today it’s sunny and tomorrow it may rain.

“I really liked the game the other day, but tomorrow is another game. We have to prove ourselves yet again that we are on the right track.”