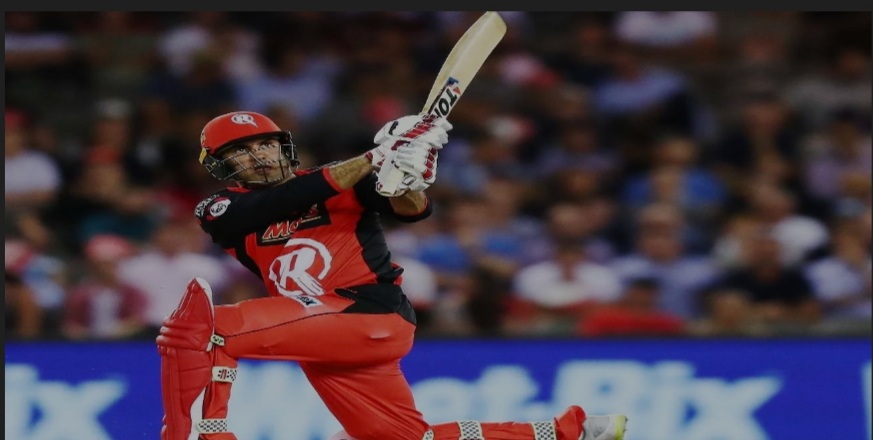 Nabi was the match-winner with 71 from 41 balls while featuring in a decisive 68 run stand from 40 balls with Jake Fraser-McGurk (not out 29). The visitors (4/178) reached a 178 target with a ball to spare. Rookie McGurk hit the winning runs from a Wes Agar full toss.

The Strikers innings stalled to 7/177 after a 5-32 collapse. The emphatic 200 total the Strikers envisioned evaporated to give the Renegades hope of ending a seven-match losing funk.

The Renegades needed 21 off the final two overs and took 16 off the penultimate over from Peter Siddle with Nabi clearing the fence and finding the boundary. The Renegades found the five rus required from the final over in shock win for the cellar-dwellers.

The Strikers remain in fourth spot with 17 points ahead of Brisbane Head and Melbourne Stars.

The Renegades had slumped to 3-68 in the ninth over before Nabi launched a counter-attack that included three boundaries in succession from Siddle.

Having spun out No.3 Sam Harper (18), the world’s No.1 T20 bowler Rashid Khan ended Nabi’s 42-run stand with Jack Prestwidge with a third straight wrong’un.

Nabi and Rashid are inspirational Afghans who never leave anything in the tank. Nabi raced past 50 with a six off a Rashid wrong’un that few in world cricket could pick.

Born in Wales, bred in Barbados and now firing in Adelaide, Phil Salt kept the critics at bay with a second half century of the season. Aiming to avoid a fourth single digit score in a row, Sussex import Salt’s measured start gave way to confidence and acceleration before exiting to rookie Peter Hatzoglou in the 16th over.

A 61-run opening salvo was a welcome show of substance from Salt and Renshaw who had combined for stands of two and 14 since Jake Weatherald was successfully posted to the middle order. Renshaw would rue leaving a season changing knock in the middle.

Salt and Renshaw were involved in an expletive ridden confrontation with Kane Richardson during Adelaide’s win on Tuesday night. It was Salt who backed up with the bat.

The PowerSurge was been an underwhelming addition this season but suddenly assumed prominence, albeit for the wrong reason.

Carey had signalled to take the PowerSurge at the start of the 14th over but the umpire forgot or didn’t hear the Strikers’ skipper’s request. Carey struck the first ball off Richardson for six with the field in but the umpire hadn’t signalled the Surge.

The Strikers could have been entitled to start the PowerSurge the next over but Carey graciously called for the Surge to count in the 14th over, appeasing an upset Renegades skipper Aaron Finch.

Carey’s honour would be rewarded with 25 runs off the over including sixes over deep square leg and long on as spearhead Richardson’s (1-40) tough home town return continued.