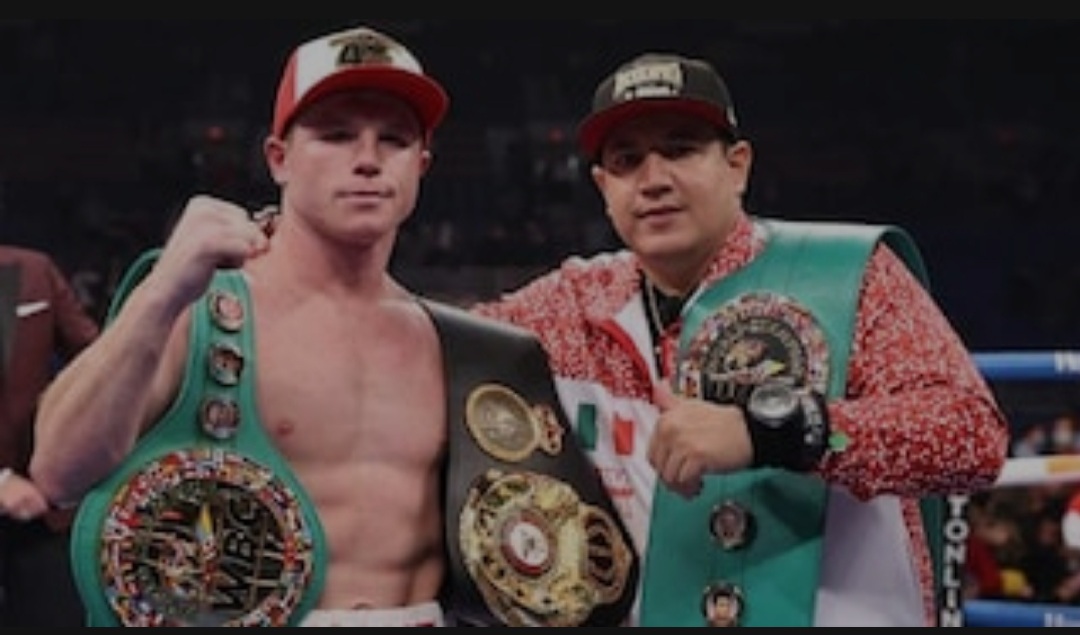 Canelo Alvarez entered the ring for Saturday’s return in San Antonio already bearing the label as the sport’s pound-for-pound king. He left with a pair of super middleweight world titles and a warning to anyone else wearing a belt when he said, “We are coming for more.”

Alvarez won a major world title in his fourth division by thoroughly outclassing Callum Smith inside the Alamodome in a unanimous decision (119-109 twice, 117-111). The Mexican superstar, who entered with the secondary WBA title, captured Smith’s full WBA belt and the vacant WBC championship.

“I did a great job after 13 months of layoff. I’m so happy,” Alvarez said. “I’m the best in the world. Through the third round, I tried to see what he brings in terms of skills but I showed what I am.”

Not only was Alvarez never in trouble, he took away Smith’s monstrous seven-inch advantage in height with ease by getting inside and pinning Smith to the ropes. Alvarez worked the body and split Smith’s high guard at will with uppercuts and hard right hands.

Alvarez, 30, was even more dominant statistically. He slipped Smith’s power shots left and right. Alvarez also outlanded him by a margin of 209 to 97 over 12 rounds. In addition to landing 43 percent of his punches overall, Alvarez landed a dominant 57 percent of his power shots.

“I feel great at 168. I don’t want to fight with a scale,” Alvarez said. “After 13 months, you saw what I can do. This is one of the best nights for me and one of the greatest nights that I have had unifying titles. Soon, I will go for more.”

Alvarez (54-1-2, 36 KOs), who also holds the WBA middleweight title, vacated the WBC light heavyweight title he won in 2019 and seems to be focused on unifying titles at super middleweight moving forward now that he’s a promotional and network free agent.

“I want to unify. I want all the belts and it doesn’t matter who is there,” Alvarez said.

Asked whether he still fancies a trilogy fight with rival Gennadiy Golovkin, one night after GGG defended his IBF title at 160 pounds with ease, Alvarez could only roll his eyes and smile.

Smith (27-1, 19 KOs) was simply ineffective from start to finish. The 30-year-old native of England did better than his older brother Liam, who was stopped by Alvarez in their 2016 title bout at 154 pounds, but not by much.

“I had faith and I never wanted to lose,” Smith said. “I came here to win but this wasn’t my night. He was great tonight so fair play to him. I had a sore arm and may have outgrown the weight division. I didn’t feel as dominant as I used to be but no excuses. He was the better man tonight.”

Although Smith was able to go the distance, he retreated constantly and never proved willing to risk it all in order to have a chance at hurting Alvarez. A lot of that was the difference in speed between them. But Smith was also simply overwhelmed by Alvarez’s talent and ring IQ at every turn.

“He’s just smart and clever. He sets little traps and keeps you thinking constantly,” Smith said. “Before you know it, he is there. I give him credit for being clever. His jab was good for a shorter guy. His defense was good. He’s very hard to nail clean but he was exactly what I thought he would be.”

The entire undercard provided stoppage victories, but none was more impressive than Frank Sanchez’s TKO over Julian Fernandez. The Cuban heavyweight battered his foe over the course of the first six rounds of the fight before finally dropping him for good in the seventh. Sanchez knocked him down through the ring ropes where the steps actually prevented him from hitting the ground. Sanchez now has 13 TKOs in 17 professional wins.

CBS Sports was with you throughout the entire way on Saturday, so. be sure to follow along with the live results and highlights below.