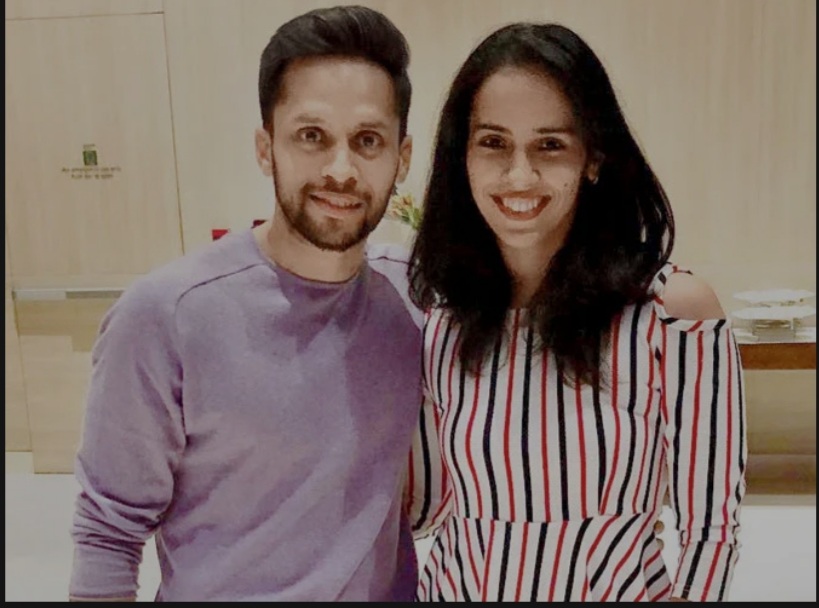 While the two are back to training at an unused badminton court in Hyderabad after rallying back from their Covid-19 infections, Kashyap recalls the fortnight that saw them stay largely asymptomatic, save for the loss of taste and smell.

A packet of Masala chips progressively losing their crunch – and taste, proved to be more than a munching accompaniment during Sania Nehalwal and Parupalli Kashyap’s recovery from Covid 19. While the two are back to training at an unused badminton court in Hyderabad after rallying back from their infections, Kashyap recalls the fortnight that saw them stay largely asymptomatic, save for the loss of taste and smell.

“Noone had fever above 98.5 degrees. Just some chills and cold at the start. But it was when we couldn’t sense the very strong taste of masala chips that we were sure even Saina was positive,” Kashyap said.

It started with the bunch of friends attending the wedding of close buddy Guru Saidutt, where Social distancing and masking went for a toss. After fellow players Guru and HS Prannoy felt feverish, four of them had returned positives while Saina’s test initially came negative. “I tested because the others felt symptoms. There was cold and cough on Days 3, 4 and 5 and I lost taste on the 4th. It wasn’t the worst cold I’ve had (though I hadn’t had cold for 2-3 years) and things were back to normal by 6th day, though I was positive still on the 8th day,” Kashyap recalls.

Saina would isolate immediately afterwards, though she would lose sensory smell and taste after her initial negative test, prompting her to go for another re-test that came positive. “I could taste sweet a little – honey. But salty and bitter were completely gone, so everyday food, I had no taste of. Everyday we would have one chip from the packet. After 3 days I could feel the flavours on the chips so that was the cue. When we tested next, we got negatives,” he says. “But it’s different for every person.”

While he can look back and laugh flippantly about the packet of chips now, Kashyap says it’ll be wrong to assume that being athletes spared them the worst. “Someone in my family was only 36 and very fitness conscious. One day she was negative, next day she tested positive and suffered a fatal cardiac arrest soon after. It’s scary and no athlete should assume they are immune,” he adds. “Also a non-badminton player friend who was also at the wedding needed to be hospitalized,” he adds.

A false positive prior to heading off to Maldives among the group of friends had also confused him. “The tests can confuse.” There was no loss of appetite either. “In fact I might’ve put on 3 kgs because I couldn’t stop eating and was getting very hungry,” he says.

As an asthmatic, there were concerns if he’d need more than the anti-virals. “I monitored oxygen levels every two hours and asked my asthma doctor. But she said unless the O2 saturation levels really fell, there was no need for anything like steroids which might’ve been difficult as an athlete,” he says.

Return to the court has been tough though. “Two weeks of zero activity means muscles are sore and have lost tone. At Thailand, on a scale of 1 to 10, I’ll probably be playing at 3. But I don’t want to push in training immediately and risk any problems. We waited a week for clearance from the district medical officer after the negative and still check oxygen levels every two hours after walking 6 minutes.”

As things stand, the duo will head to Thailand, and are hoping as best case scenario to play in each of the 6 tournaments they’ve planned aiming for qualification. “There’s 9 day gaps between each so I’m guessing quarantines are factored in,” he says.

All England isn’t a part of the qualification, but Kashyap reckons every player will head there. “It’s prestigious,” he says, before quipping, “It’s big. If I won it, I’ll show it everyday to everyone as if I’ve won the Olympics! Ofcourse it means a lot and every player will play.”

“But right now there’s no point thinking ahead. Situation is changing every hour,” he adds, claiming he’s quite done with chips for life – bitter, sweet, tangy or tasteless, all kinds of them.