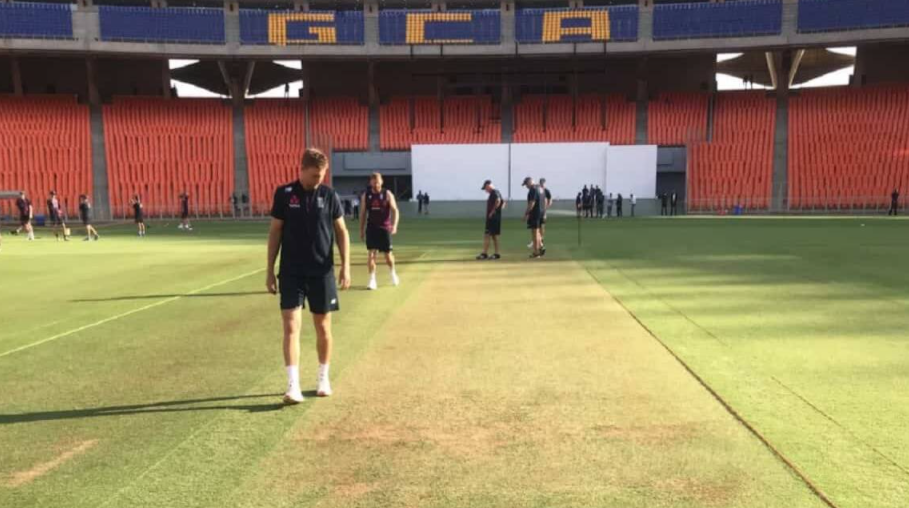 The Narendra Modi Stadium in Ahmedabad has avoided being hit with demerit points after the pitch for the pink-ball Test between India and England  was rated as “average” despite the match lasting only two days.

A “below average” rating by the International Cricket Council’s match referee brings one point, a “poor” rating brings three while the lowest rating of “unfit” comes with five.

India won the third test inside two days after 30 wickets tumbled in five sessions on a turning track at the new stadium, which is the world’s biggest cricket venue with a capacity of seating 132,000 people.Former India fast bowler Javagal Srinath was the match referee for the four-match series, which the hosts won 3-1.

England collapsed for 81 in their second innings, and neither side reached 150 runs in what was the shortest completed test match since 1935.

Several former England players and pundits questioned the suitability of the pitch while their Indian counterparts said the poor batting was due to the pink ball, which replaces the traditional red balls for day-night test matches.

The pitch for the second test at Chennai’s MA Chidambaram Stadium, which assisted spinners from the first session and ended on the fourth day when India sealed a 317-run win, also earned an “average” rating.

Chennai’s pitch for the opening test, which saw an England victory, was rated “very good” while the playing surface for the fourth and final match in Ahmedabad was marked “good”.