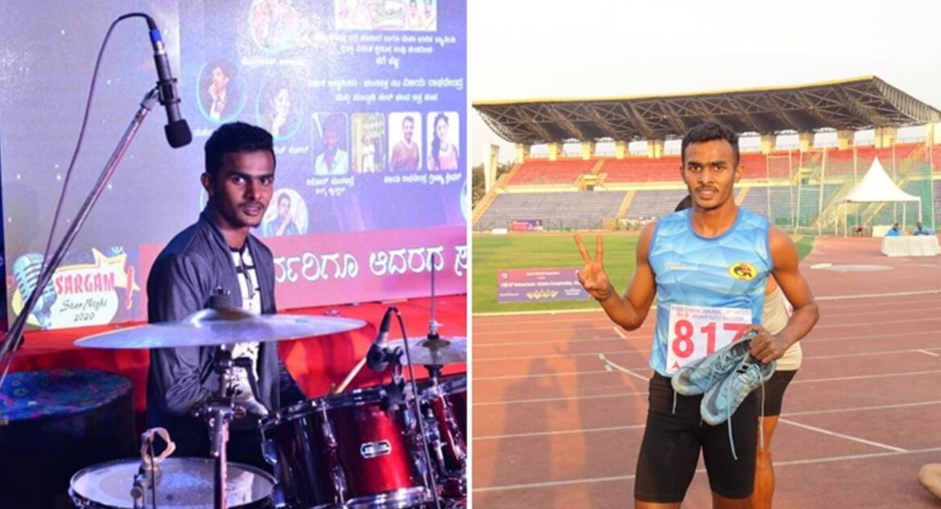 The musician-athlete clocked 21.34 seconds for the top spot in Guwahati ahead of Ritik Malik and Nalubothu Shanmuga Srinivas.

Teen sprinter Abhin Bhaskar Devadiga likes to be at the centre of the action whether he is on the track or trying to set the tempo for his orchestra while handling the drums. The Karnataka athlete, who is also a proficient drummer, bagged the gold medal in the U20 200m event at the Junior Nationals in Guwahati.

This was the second national-level gold in a fortnight for the 19-year-old after he triumphed at the Junior Fed Cup in Bhopal in the last week of January. The 100 and 200 m specialist has bagged four national medals overall (two gold and two silver) in the last two meets.

The musician-athlete clocked 21.34 seconds for the top spot in Guwahati ahead of Ritik Malik and Nalubothu Shanmuga Srinivas. Devadiga was, however, distraught at missing the U20 200m national record by 0.14 seconds.

“It wasn’t my best performance. I am not fully satisfied despite the gold,” the Udupi resident said.

For Devadiga, a second-year B. Com student, took up drums at the age of six and became a prodigy of sorts. He soon started performing at concerts across the country with his teacher’s band called Rhythm Music Group. “At the age of eight, I entered the Indian Book of Records as the ‘youngest drummer to play spot music’. I have played at several concerts, weddings and functions ever since. When I was in Class Four, I tried my hand at running and liked it. The rhythm I developed while playing drums helped me in my running,” Devadiga says.

Devadiga’s gold-winning effort on Tuesday was within the qualification mark (21.38s) for the U20 Worlds to be held in Nairobi, Kenya in August, but the youngster will turn 20 just two days before the event. “I was well prepared last year for the U20 Worlds but it was postponed due to the pandemic. And this year, I won’t be eligible. This is a huge setback for me but I can’t sit pondering over it,” he said.

Devadiga’s father works as an automobile engineer while his mother is a homemaker. Whenever the Devadiga household is under financial stress, they are bailed out by close relatives. The youngster also chips in with the money he earns by playing drums at various events. But the pandemic has meant that concerts are now few and far between. For now, Devadiga’s primary focus remains on athletics while he continues to play the drums.

“Music can be pursued at any age. I want to focus more on running right now and if things don’t work, I will go back to drumming,” he says. Asked to choose between the two pursuits, Devadiga says: “Athletics is competitive and is about winning and medals while in music everyone is a winner. I like both equally.”