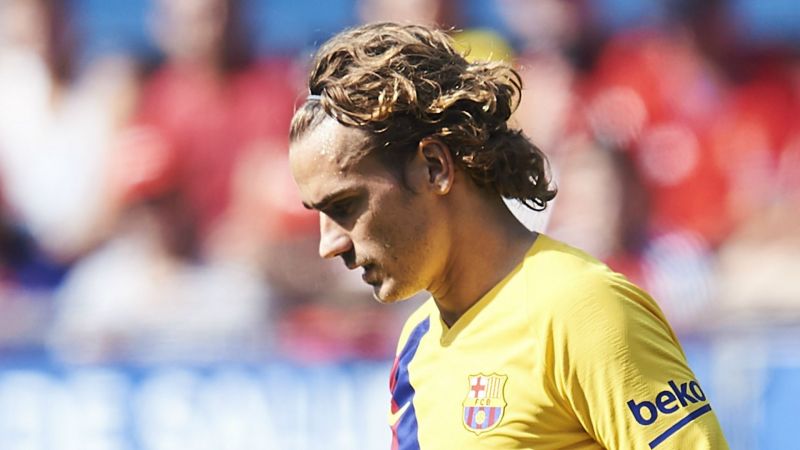 Antoine Griezmann’s problems adapting to life at Barcelona continued as he went a fourth away appearance for the club without managing a shot on target.

Barca went down 2-0 away to promoted Granada in LaLiga on Saturday, with Ernesto Valverde overseeing their worst start to a league season in 25 years.

The defending champions have taken just seven points from five games – only one of those points coming away from home – to increase the pressure on Valverde after last term’s shock Champions League exit to Liverpool.

Griezmann has shouldered responsibility for Barca’s goalscoring in the early weeks of the campaign. with club captain Lionel Messi yet to start a game as he recovers from a calf injury.

Luis Suarez has also been sidelined by injury, but Griezmann looked to have settled in quickly at Camp Nou when he netted a brace in a 5-2 home win over Real Betis, after which his audacious goal celebration made headlines.

It has been a struggle for the striker since then, though, with Griezmann going without a goal in six games for Barcelona and France, and his role in the Catalan side’s attack appears unclear.

A controversial move from Atletico Madrid does not seem to be working out for Griezmann, with Barcelona drawing a blank in consecutive matches.