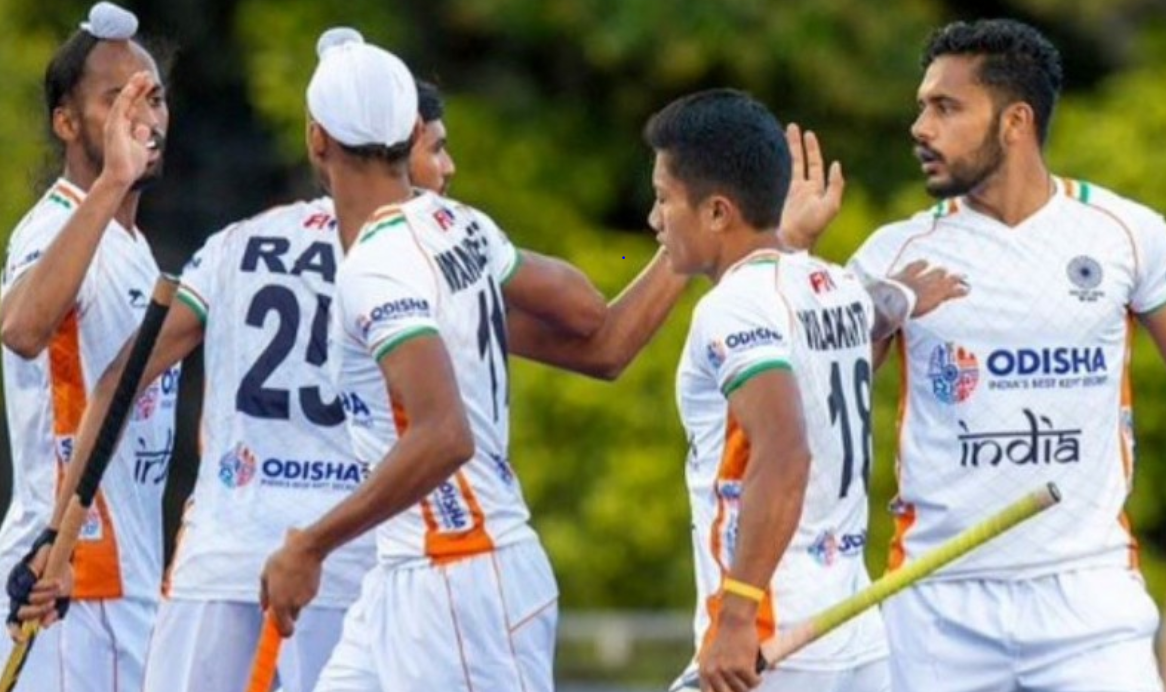 The Indian men’s hockey team registered a comprehensive 3-0 win over reigning Olympic champions Argentina in the second match of the FIH Pro League in Buenos Aires to jump to the fourth spot in the points table.Goals from Harmanpreet Singh (11th minute), Lalit Upadhyay (25th) and Mandeep Singh (58th) on Sunday gave the visitors a deserved triumph over Los Leones, adding three more points to the two they had claimed against the hosts in Saturday’s shoot-out, which earned them a bonus point.

By virtue of this win, India, with 15 points from eight games, climbed up to fourth place in the FIH Hockey Pro League standings, moving one point ahead of Australia having played the same number of games.

India, Argentina and Australia will play against each other at the forthcoming Olympic Games, where they have been drawn in Pool A alongside Spain, New Zealand and home favourites Japan.

Argentina started brightly and would have been ahead had it not been for some excellent saves from India goalkeeper Krishan Bahadur Pathak, who twice denied Martin Ferreiro.

Harmanpreet then converted India’s first penalty corner of the game in the 11th minute.

Lalit doubled India’s lead when he showed lightning quick reactions in the second quarter, pouncing on a save from Argentina custodian Juan Vivaldi to slot home. The strike gave the visitors a deserved reward after a lengthy period of probing possession.

The result was confirmed two minutes from the final hooter when Mandeep fired home from close range, losing his footing but keeping his composure to guide an backhand effort into the net.

“I think we defended well,” said India goalkeeper Pathak, who was named Player of the Match.

“They are good in defence but we created a lot of chances. We scored the goals, so that is good for us. We have to work on a lot of things, in defence, in midfield also.

“We have to learn from this match. Today we did a lot of good things, but we still have to work (to do).”

India will next travel to Great Britain for the two-leg tie on May 8 and 9.