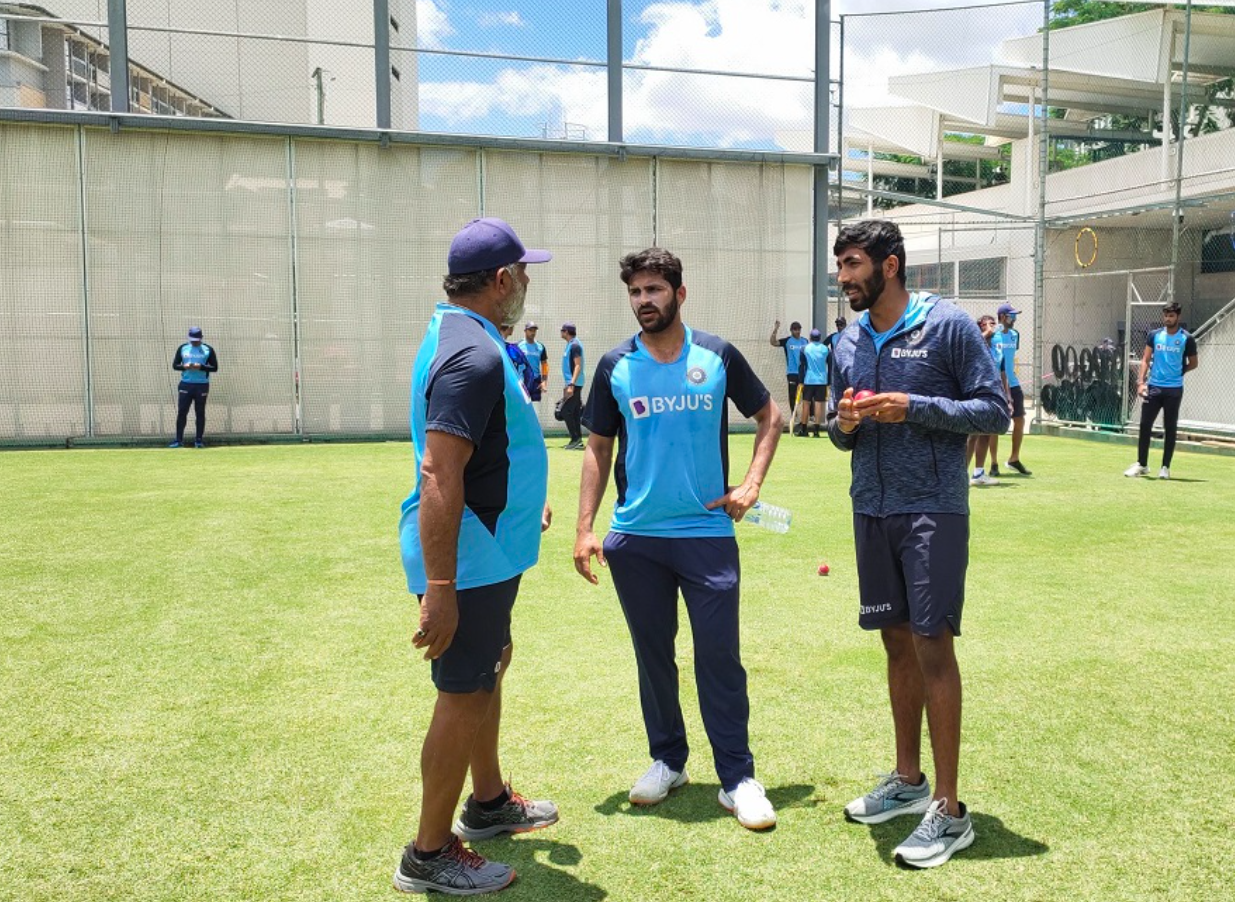 Having registered an epic draw in the third Test of the series at the Sydney Cricket Ground on Monday, the Indians are leaving no stone unturned to prepare for the decider at The Gabba which gets underway from Friday.

SCG Test hero Rishabh Pant shared a picture with his gym partners – Rohit Sharma, Prithvi Shaw, and some members of the support staff. The group can be seen flaunting their pumped-up biceps.

Taking to Twitter, Pant captioned the post, “It’s about brotherhood, Putting in the work – all day, every day.”

Earlier in the day, Indian bowling coach Bharat Arun was seen discussing tricks of the trade with pacers Jasprit Bumrah and Shardul Thakur.

In a series of photos shared on the Indian cricket team’s official Twitter handle, Bumrah can be seen with a ball in hand and discussing gameplans with coach Arun and Shardul Thakur. The team was also seen in a huddle at The Gabba, where Shastri was seen to be giving a pep talk

“After an epic fightback in Sydney, it is time to regroup. We have begun our preparations for the final Test at the Gabba! #TeamIndia #AUSvIND,” the Board of Control for Cricket in India (BCCI) tweeted.

India’s injury woes have compounded with each passing day and the latest in the list is pace spearhead Bumrah who has an abdominal strain. But the team management is clear that he will lead the attack in the series decider even if he is 50 per cent fit.

The Indian attack has already lost Mohammed Shami – broken hand – and Umesh Yadav – calf injury – during the course of the ongoing series and with the series level at 1-1, the team knows the importance of the final Test which gets underway on January 15.

The Indian team though will miss the services of Sydney Test hero Hanuma Vihari as he has a Grade 2 tear on his right hamstring. While Vihari’s hamstring issue was noticeable, not many knew that even Ashwin had back issues on Monday morning. It was later revealed by his wife Prithi on social media. ANI