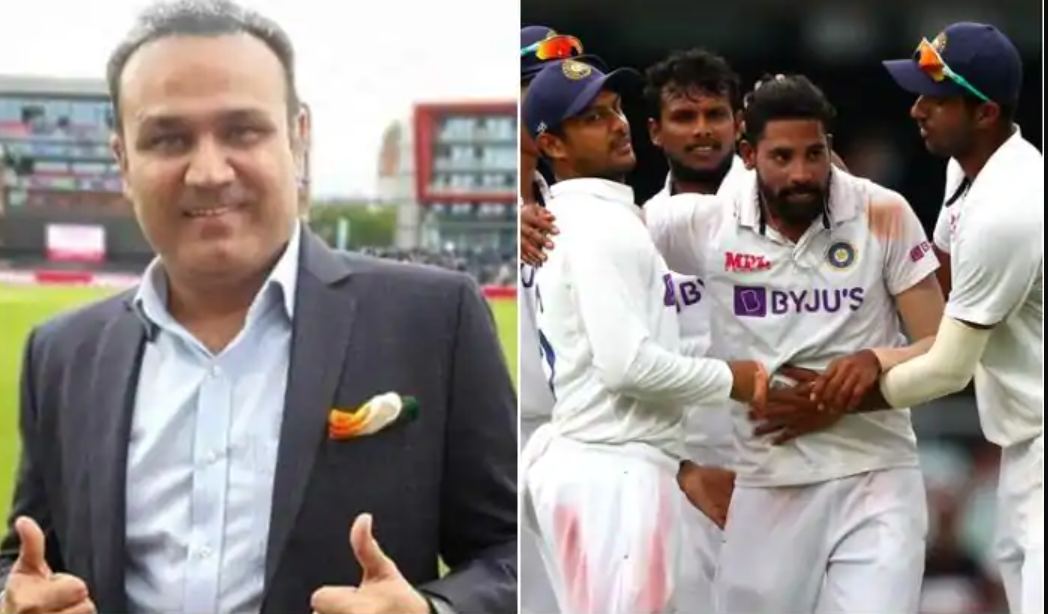 Former India opener Sehwag has praised Mohammed Siraj after the pacer took his maiden five-wicket-haul in Test cricket on Monday.

Indian pacers Mohammed Siraj and Shardul Thakur produced another inspirational effort in adverse circumstances to keep the visitors in the hunt in the fourth and final Test against Australia at The Gabba, Brisbane. India were set a challenging target of 328 by Australia as the Border-Gavaskar Trophy headed towards an exhilarating finale on Tuesday. Former Indian cricketers, including the likes of Sachin Tendulkar and Virender Sehwag, on Monday lavished rich praise on Siraj after the right-arm fast bowler picked up his maiden five-wicket haul in Test cricket. Siraj returned with figures of 5/73 in just his third Test as India bundled out Australia for 294 in their second innings in the fourth Test of the Border-Gavaskar Trophy. Along with Siraj, Thakur also picked four wickets in Australia’s second essay with the bat.
During their chase of 328, India finished 4/0 before rain forced early stumps on Day Four of the final Test. They will need to score 324 more runs on Tuesday to win the match and clinch the four-match series. “The boy has become a man on this tour. Siraj, leader of the attack in his first Test series and he has led from the front. The way newcomers have performed for India on this tour will be etched in memories for a long, long time. Will be fitting if they retain the trophy,” Sehwag said in a tweetMeanwhile, Tendulkar also took to his Twitter handle to praise on both Siraj and Thakur for their outstanding bowling performance on day 4. He wrote: “Well done Mohammed Siraj on your first fifer and Shardul Thakur on your important all round performance which has kept the Test rather interesting so far and more importantly, the Test series alive.”

Earlier, Thakur — playing just his second Test — emerged as India’s unlikely hero with the bat as he scored 67 runs which helped the visitors post 336 in reply to Australia’s 369.

Siraj has bowled 134.1 overs, the most by an Indian bowler in the current series which saw the entire frontline attack get benched due to injuries before the fourth and final Test even began. He has ended up being India’s highest wicket-taker in the series with 13 scalps.

The right-arm pacer, who made his Test debut at the Melbourne Cricket Ground during the Boxing Day Test, has had a very emotional tour. He lost his father a few days after he arrived in Australia but couldn’t return home to attend his burial due to strict quarantine rules that would have taken a lot of time.

The highest target chased at Brisbane is 236 and that was seven decades ago which is an indicator why this Australian ground can be equated with Fort Knox. The home team hasn’t lost a game here since 1988.

Thakur’s dream Test match also got better with figures of 4/61 and a match haul of seven wickets. The most poignant moment was his apparent joy when he took the catch to help Siraj pip him to the coveted five-for landmark.As Siraj showed that scuffed red kookaburra acknowledging the 957 people in the stands on the first working day of the week, the most generous applause came from his partner in crime, who walked a foot behind him clapping with gusto.