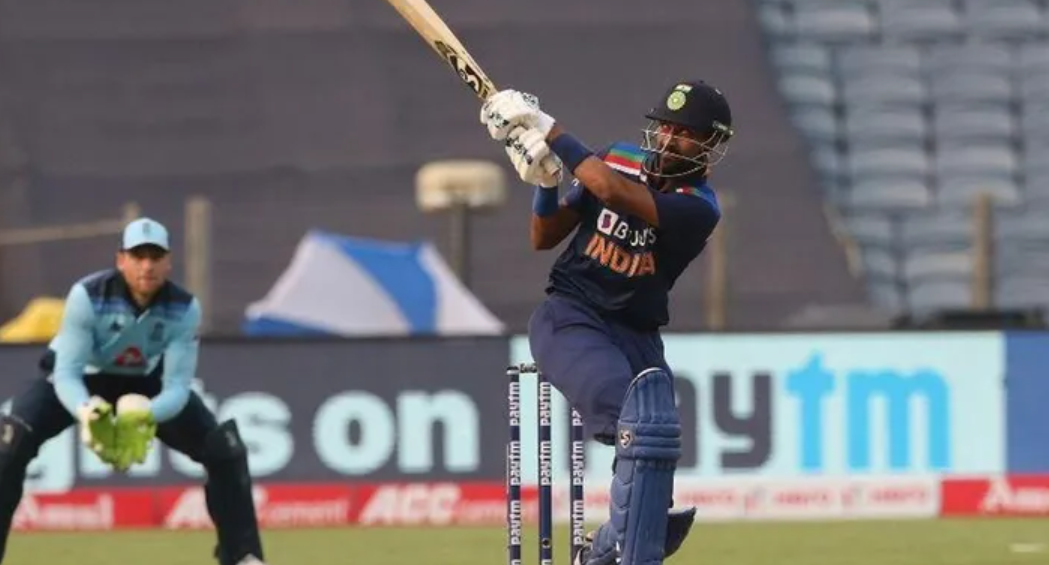 Krunal Pandya bailed India out of trouble on debut with a stunning assault on England that helped the hosts post a strong 317/5 in the opening ODI in Pune. A 300 plus total was not on the cards at one stage when England kept clawing back with quick wickets before Krunal turned the tide alongside KL Rahul, who also helped himself to an unbeaten half-century.

India began on a very cautious note after being asked to bat first by Eoin Morgan. Mark Wood found a lot of assistance on the surface first up and combining that with his raw pace, he posed a few questions. Rohit Sharma and Shikhar Dhawan managed to get past that initial period of play unscathed but had to cover up for that considering the scoring rate took a hit. Once they managed to add more than 50, Rohit showed signs of aggression when he stepped down the track to Tom Curran to pull him over midwicket.

England then had a slice of luck Ben Stokes bowled one wide and short to Rohit and the batsman only managed to edge it behind, much to the visitors’ delight. As India motored to 97/1 after 23 overs, Dhawan and Virat Kohli finally decided to switch gears. Their ploy worked as Dhawan first hit a six off a slog sweep to bring up his fifty and Kohli at the other end managed to hit three boundaries in three overs. Dhawan also received a reprieve when Moeen Ali grassed an opportunity near the boundary. The left-hander then rubbed salt into the wounds by taking on Moeen himself for a six followed by a four.

The flurry of boundaries firmly tilted the contest in India’s favour as the two ended up registering a century stand. With two well-set batsmen at the crease by the end of the 31st over, India were hoping to make the momentum count but once again, against the run of play England struck. Wood’s reintroduction helped England big time as Kohli first flicked a ball on the pads straight to the fielder at deep midwicket and Shreyas Iyer departed soon without making an impact.

The tide turned once again as England then got rid of Dhawan for 98 with the opener tamely pulling Stokes straight to the midwicket fielder. Hardik Pandya failed to make an impact as he played a loose stroke outside his body to edge one to the slip fielder. From 169/1 in 32 overs, India were suddenly reduced to 206/5 by the end of the 41st over leaving an out of form Rahul and debutant Krunal to guide them to a decent finish.

However, the two batsmen unleashed themselves at the death to stun the visitors. Krunal in particular was very severe right from the word go and Rahul joined the party as well later on. Krunal gained momentum by fetching three fours off Sam Curran in the same over before adding one more in the following over to race to 18 off just nine deliveries.

As the boundaries kept flowing, Morgan relied on his best bowler of the day to deliver again. But Wood was carved open as both Rahul and Krunal smashed a six each with the left-hander bringing up a stunning 26-ball fifty. Rahul followed suit by reaching his landmark off just 39 balls, thus repaying the management’s faith. That blazing century stand has certainly set up an intriguing run chase under lights.