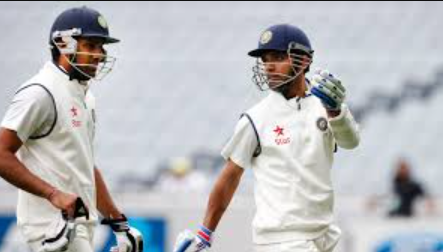 The other Indian players, including skipper Virat Kohli, are expected to reach Chennai in batches on Wednesday

Rahane, Rohit and Thakur flew in from Mumbai and headed to the hotel where members of the two teams will be put up as part of the bio-bubble, the Indian squad’s local liaison officer said.

The other Indian players, including skipper Virat Kohli, are expected to reach Chennai in batches on Wednesday.

While some England players like Ben Stokes, Jofra Archer and Moeen Ali are already in the city, the others will be arriving on Wednesday.

Skipper Joe Root will be among the players to reach Chennai from Sri Lanka, where England won the Test series 2-0 on Monday.

The players of the two teams will undergo six-day quarantine in the bio-bubble at Hotel Leela Palace as part of protocols and will undergo COVID-19 testing, a Tamil Nadu Cricket Association official told PTI.

“Members of the two teams will be put up at Hotel Leela Palace along with match officials. They will be under quarantine for six days and are likely to start practice from February 2,” the official said.