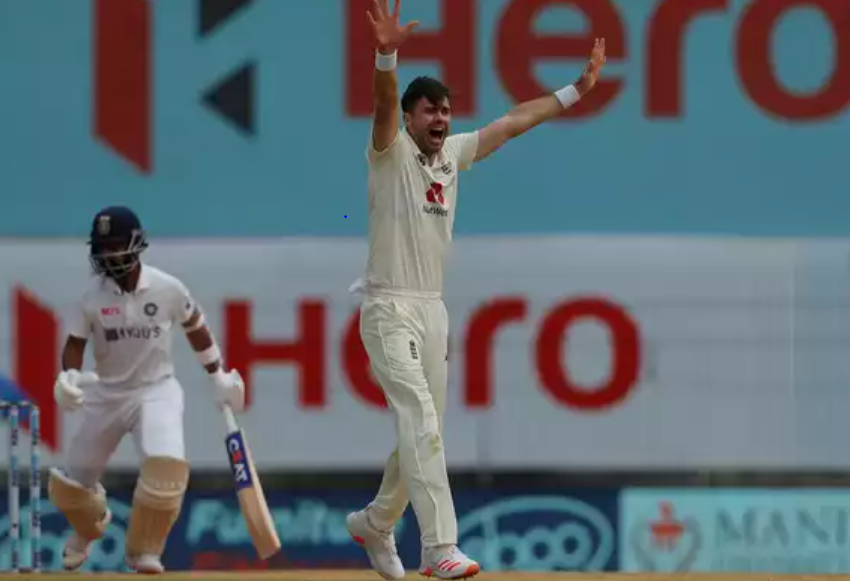 James Anderson put on a masterful performance on the fifty day to inspire England to a huge 227-run win over India in the opening Test in Chennai on Tuesday (February 9). Anderson used reverse swing to great effect to hurt India in the opening session and from thereon, it was one-way traffic as all the chatter surrounding over India potentially replicating their feats in Australia evaporated in quick time after Ravichandran Ashwin and Virat Kohli were dismissed post lunch.

The two batsmen showed a bit of fight after India lost four wickets before the lunch break. Ashwin, continuing to bat on after receiving a few body blows from Jofra Archer, reminiscent of his fight at the SCG last month, handled the spinners with relative ease at one end with Kohli taking on the pacers at the other. The task was always going to be extremely tough with the duo being the last recognised pair. They did bat on for close to an hour before Jack Leach made the crucial breakthrough when Ashwin attempted to cut one too close to his body, only to edge it. Soon after, Kohli played a few strokes and helped himself to another half-century but the death knell was sounded when Ben Stokes managed to castle the Indian skipper with a delivery that came back in and stayed low.

The win was set up in the morning session though when India came out to bat needing 389 runs on a track that was only deteriorating. The hosts needed someone like Cheteshwar Pujara to hold one end up and keep batting like he did in Australia in the final two Tests but Leach gave his side a massive opening when he bowled a delivery similar to the one he bowled to Rohit Sharma at the end of the fourth day’s play. Pujara had no choice but to play at this delivery pitched on middle that turned and bounced to take his edge. Shubman Gill then played some audacious strokes against Dom Bess to try and put England on the backfoot before the Anderson show began.

Coming on to bowl for the first time on the day with a ball that was 26 overs old, Anderson was on the money right from the start. He bowled a good length ball just around the off-stump that swung in late to beat Gill and crash the stumps. In the same over, he troubled Ajinkya Rahane with a similar delivery and was quite unlucky to not get a lbw decision in his favour but quickly made amends by castling the Indian vice-captain. Rahane saw his off-stump cartwheeling and India’s hopes were quickly sinking.

Rishabh Pant was the next to go as Anderson brought his skillset to the fore and came round the stumps to bowl an off-cutter that got the leading edge to the man at short cover. With half the side back in the pavilion, India were almost done and dusted. But with Kohli still batting at one end and the local boys Washington Sundar and Ashwin to follow, faint hopes did exist. However, Washington didn’t last long as the batsman came forward to defend against Bess, only to get an edge through to the keeper. Even though he was given not out, Washington started walking back the moment England challenged the on-field umpire’s call. Ashwin and Kohli battled for almost 18 overs but the hosts needed a lot more than that to come out unscathed.