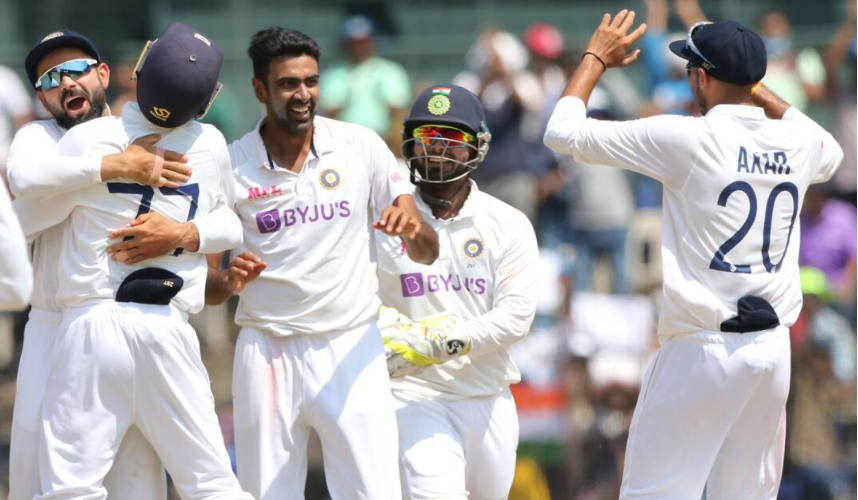 This pitch is certainly not ideal for Test cricket. It’s not a stinker either. India scored in excess of 300 in their first innings, although they had the advantage of batting first. A magnificent hundred and two half-centuries were scored in that innings. Even on Day 2, Rishabh Pant

treated England spinners with disdain on his way to a fine, and very important, 58 not out off 77 balls. For England, Ben Foakes showed that adversity could be countered through right technique and application. He stayed low and played straight for his 42 not out. The majority of his teammates, though, gave a ‘cat on a hot tin roof’ kind of impression. They didn’t show the technique and temperament to get the better of the conditions.

Unlike the England teams of the past, this side doesn’t consider an Ashes win as the be-all and end-all of cricket success. The Ashes remains their Holy Grail, but there’s a refreshing change in England’s perspective – a wholesome approach has been taken under the present cricket establishment. Joe Root’s England now takes pride in winning matches in any conditions and as their chief selector Ed Smith said ahead of the second Test – over the last three years, the team’s success rate across formats has been over 70 percent.

And yet, away from home, especially on subcontinental turners, England remain overly reliant on Root. The England captain had scored a daddy hundred and a double hundred in his team’s 2-0 series win in Sri Lanka. In the first Test against India, his double century in the first innings was the difference between the two sides. On Sunday, he departed for six and England’s batting collapsed like a pack of cards. The sweep has always been Root’s go-to shot against spin. He plays it beautifully because he picks length early, gets to the pitch of the ball and rolls the wrists. But on Sunday, even Root seemed to have allowed the conditions to get into his head. In the first Test, for the first 15 overs that Ravichandran Ashwani had bowled during England’s first innings, Root didn’t sweep once. But on Sunday, his first scoring shot was a sweep, a single against the Indian off-spinner. He appeared to be following Rohit Sharma’s batting template on this pitch, where the ball was turning, going up and down and puffs of dust becoming even more prominent with time.

On the first day, during his sumptuous 161, Rohit swept with authority. The England batsmen, it felt like, were sweeping in desperation. That their batting coach Graham Thorpe described the surface as “the most challenging second-day pitch against spin” somewhat encapsulated the tourists’ uncertainty. England’s inability to gut out the odds became their bugbear. To be fair to them, the Indian spinners led by Ashwin asked far more difficult questions. Root attempted a sweep against Axar Patel but was done in by the extra bounce. The top edge went to Ashwin at short fine-leg, giving the left-arm spinner his maiden Test wicket. England didn’t keep a short fine-leg for Rohit, allowing him to sweep with more freedom. Virat Kohli was smarter.

England were wonderfully disciplined in their bowling efforts, taking extras completely out of the equation during India’s first innings. But their spinners, Moeen Ali in particular, bowled far too many boundary balls. Ali got four wickets, but giving away 128 runs in 29 overs on this pitch was pretty average. And if England struggled for the lack of a top-quality off-spinner, India revelled in Ashwin’s world-class off-spin. The 34-year-old collected his 29th five-for in Test cricket. He teased Dan Lawrence before getting his scalp. He dismissed Ben Stokes with a beauty.

On a deck with uneven bounce, bowling quicker through the air was important. TV stats showed that Axar’s average speed was in the early 90s (kph). Ashwin went along in the late 80s and early 90s. But his delivery to dismiss Stokes was a lot slower that drew the batsman forward. Only Kuldeep Yadav bowled in the late 70s and looked ineffective in a six-over spell. The chinaman bowler has returned to the Test fold after a gap of more than two years and some rustiness was expected. But Kuldeep needs to regain his zip to stay in the mix.

A few ‘bonus’ wickets made India’s job easier. Rory Burns was unlucky to be out leg-before to Ishant Sharma on an umpire’s call. But Ollie Pope, after a decent 35-run sixth- wicket partnership with Foakes, nicked a loosener from Mohammed Siraj down the legside. Pant took the catch on second attempt, diving to his left and Siraj had a wicket off his first ball on home soil. But after applying himself so well against the spinners, Pope let himself down. Olly Stone chipped a half-volley from Ashwin straight to Rohit at short mid-wicket. Jack Leach edged a straight ball from Ishant to Pant, who took another excellent catch. More than the nature of the surface, England’s 134 all out reflected their technical paucity. Complaining about the pitch would be futile, for Chepauk was never expected to be like Rose Bowl

India resumed their second innings with a lead of 195 runs and once again, Rohit looked to be in control despite the odd uncomfortable moment. On 21, however, he lived a charmed life, when the on-field umpire adjudged that Rohit attempted to play a shot to an Ali delivery that hit the front pad outside the line of the off-stump. Ball tracking showed the delivery was going to hit the middle stump, but the leg-before appeal wasn’t upheld on the on-field umpire’s interpretation. The decision bordered on the atrocious, for Rohit’s bat was well behind the front pad.