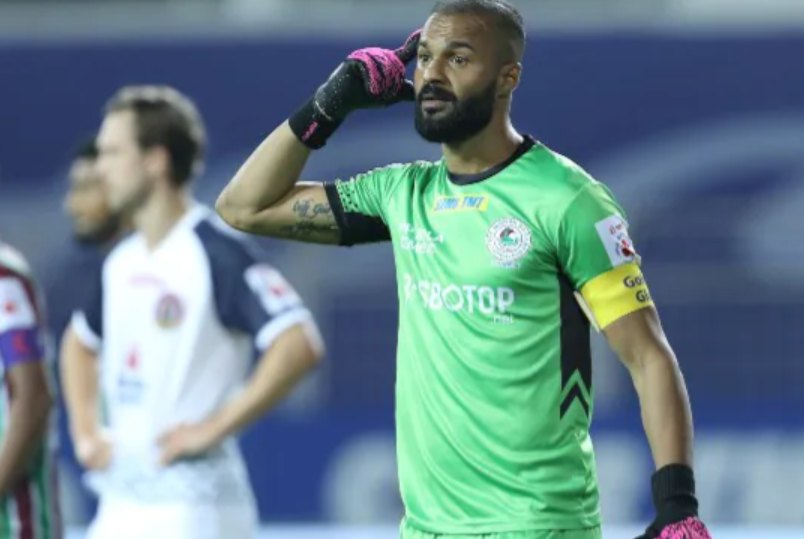 Mumbai City FC will lock horns with ATK Mohun Bagan in the title clash of the lucrative league on Saturday.

Margao: Mumbai City FC are strong but not invincible, ATK Mohun Bagan’s top players, including goalkeeper Arindam Bhattacharya and defender Pritam Kotal, said on Thursday ahead of their ISL final against the Islanders.

Mumbai City FC will lock horns with ATK Mohun Bagan in the title clash of the lucrative league on Saturday.

“We have lost two matches against Mumbai. We have to give a counter in the final and that is our motive. They are strong but not invincible,” the Mariners goalkeeper said.

ATK Mohun Bagan have been one of the most consistent sides of the ISL but they have been unlucky twice against the Islanders, who have pipped them to win the ISL League Winner’s Shield and claim the AFC Champions League spot in the final league game of the season.

Now it all boils down to the summit clash at the Fatorda Stadium and the Antonio Habas-coached side, which has a record three ISL titles, would be desperate to overcome Mumbai in its last attempt this season.

Bhattacharya, who has conceded only 17 goals this season, is also in a two-way contest with Mumbai City FC’s Amrinder Singh for the Golden Glove award.

ATKMB star defender Pritam Kotal is aware that the Sergio Lobera-coached side is dangerous in set-pieces.

“Sixty per cent of their goals were scored from set-pieces. That must be stopped in the final,” he pointed out.

“The goals that Mumbai have scored against us in the group league were gifted. Now we will play and overcome those mistakes.”

He further said that their crucial task would be to keep Mourtada Fall at bay.

“He is a very good player. He must be kept under watch. If we can save the goal then Roy (Krishna), (David) Williams or Manvir (Singh) will score for us,” Kotal said.

ATKMB right back Prabir Das also said they would not repeat the mistakes against Mumbai in the final and added that Habas has prepared different strategies.

“What happened in the group league will not happen in the final. It will be a different game on Saturday. Fate is definitely a factor. Otherwise, Mumbai could not have reached the final after losing to Goa in the last four matches.

“We want to win the match in 90 minutes. But we will all come on the field with preparation to play for 120 minutes. We also practice penalty kicks regularly. I’m not worried about winning. The coach is making a different strategy for the final,” Das said.

Subhasish Bose could not play the 2017-18 final in Bengaluru FC’s triumphant campaign because of suspension and hopes his dream is realised in the green-and-maroon jersey.

“Arindam, Pritam, Pronay, Prabir won the trophy last year. I still haven’t. I want to fulfil that dream by winning the trophy this time,” the left-back said.

“We have been staying at a hotel in Goa for five-six months and have been waiting to return to Kolkata with the trophy,” he signed off.