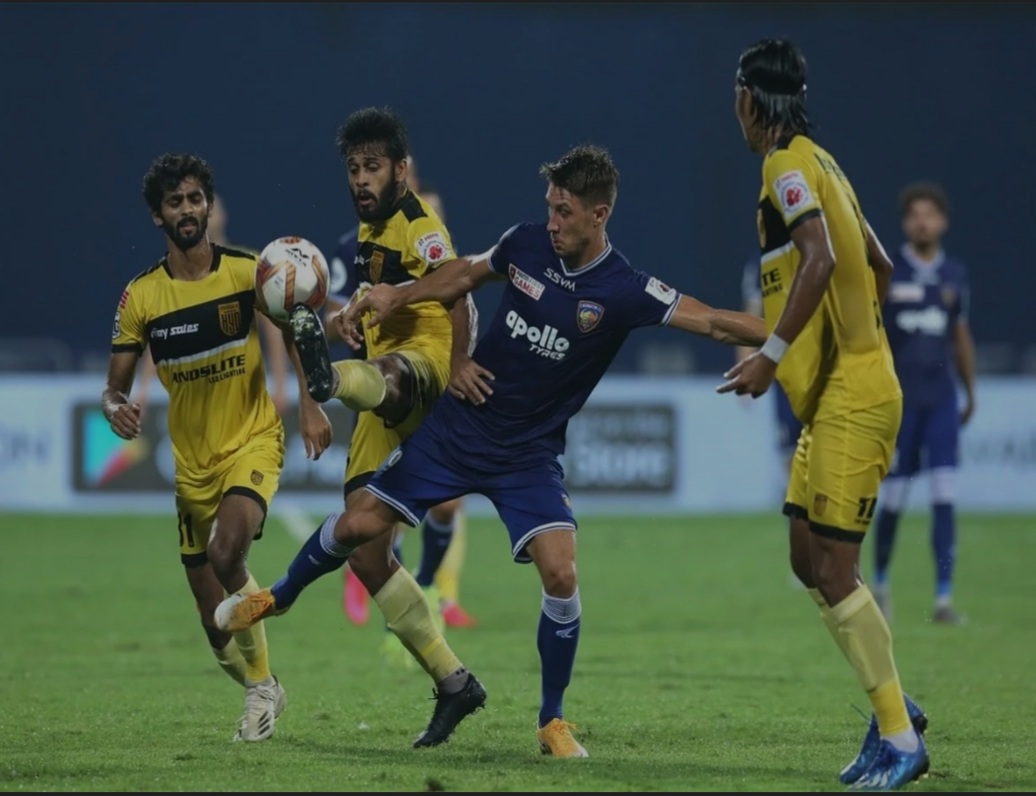 It was a royal performance from the Nizams as they raised the level of their game after a goal-less first half to pump in four goals in the second session for a commanding victory.

Joel Chianese (50th), Halicharan Narzary (53rd, 79th) and Joao Victor (74th) were on the scoresheet for Hyderabad while Anirudh Thapa (67th) scored the only goal for Chennaiyin, who suffered their first-ever defeat against the Nizams.

With their third win, Hyderabad FC moved up to sixth place with 12 points while Chennaiyin slipped to eight place following their third defeat. An exciting first half saw both teams come close to scoring but were unable to break the deadlock

Hyderabad came out of blocks with aggression. They had a plethora of chances with Joel Chianese in the centre of most of moves. For Chennaiyin, custodian Vishal Kaith was at his best in the first half and denied Hyderabad with some superb saves. Chianese could not find a way past him in the first half.

However, Kaith’s mistake gave Chianese the opportunity to open scoring in the 50th minute. For Hyderabad, Laxmikant Kattimani was not required to do much but when called into action, he too was tremendous. Asish Rai even hit the bar for Hyderabad FC but could not find the back of the net