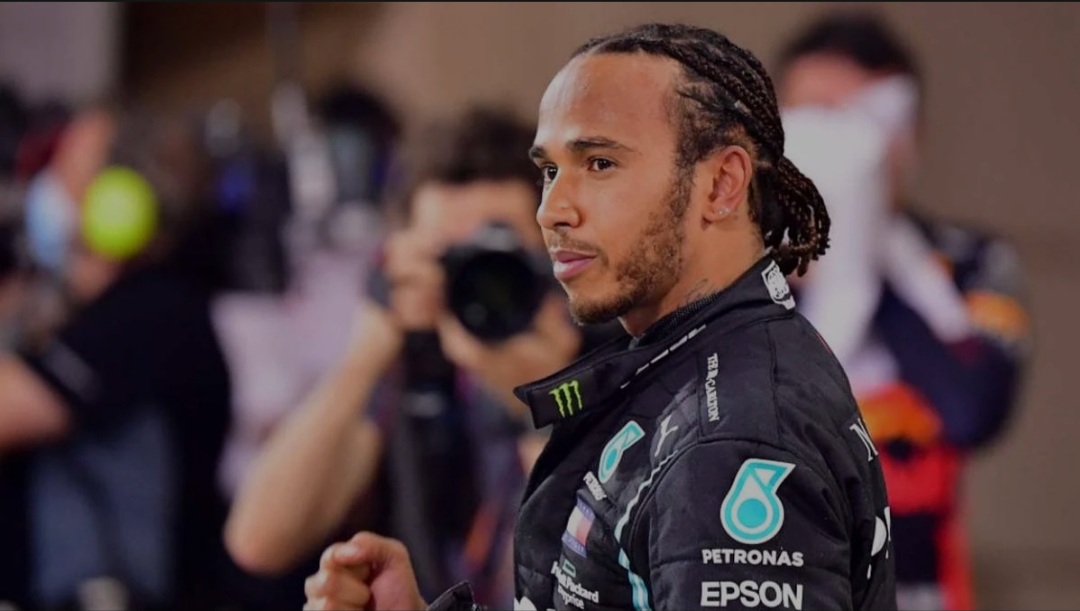 capped a remarkable year on and off the track after he was awarded a knighthood in the UK’s New Year’s Honours List which was announced on Wednesday.

This year, Hamilton won his seventh F1 driver’s championship title, equaling the great Michael Schumacher’s record.
Off the track, the 35-year-old became a powerful voice on the issue of racism and was one of British sport’s leading voices supporting the Black Lives Matter movement.

The Briton is the fourth F1 driver to receive a knighthood after the late Australian Jack Brabham, Stirling Moss and triple champion Jackie Stewart Hamilton along with some of his fellow F1 drivers take a knee on the grid in support of the Black Lives Matter movement prior to the F1 Grand Prix of Bahrain.

Having won his first world title in 2008, Hamilton ushered in a period of dominance on the track between 2014 and 2020, winning six further world championships to equal Schumacher’s record.
Not only that, but in October, Hamilton beat the German’s record of 91 career F1 race wins. His victory at the Portuguese Grand Prix broke the record with the Briton’s total now standing at 95.
His 11 victories during 2020 also equaled his personal race win record in a F1 season.

The end to his 2020 campaign on the track hit a slight bump in the road after he tested positive for Covid-19. Ahead of the final race of the season in Abu Dhabi — in which Hamilton finished third — Hamilton admitted

he was struggling with the after-effects of the virus.

Although his contract at Mercedes expires at the end of the season and he has previously said there are “no guarantees” that he will continue racing after the 2020 season, the news of Toto Wolff’s contract extension hints that Hamilton might be sticking around.

Hamilton driving during the F1 Grand Prix of Bahrain.

As the sport’s first and only Black world champion in its 70-year history, Hamilton has helped campaign for diversity and spoken out against racial injustice.
Earlier this year, he said he was  “Completely overcome the rage
‘ the sight of George Floyd’s death in Minneapolis on May 25 and called out the rest of the F1 grid, and the sport itself, for remaining silent.