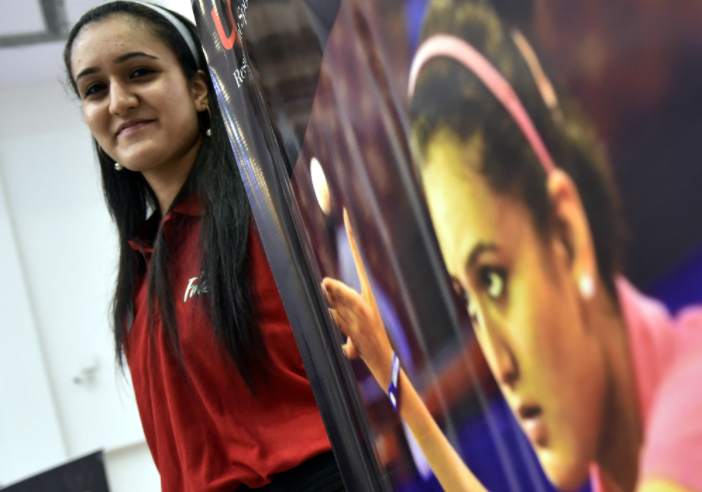 After securing two berths at the Tokyo Olympics, paddler Manika Batra talks about looking forward to the event, ignoring her detractors and being inspired by the tricolour.

I’m really happy that I have qualified for the Olympics. Whatever I practised before the tournament thankfully worked out. My personal training team supported me a lot in all my endeavours in Doha. As a player it boosted my morale to have them with me, and I’m grateful to everyone who have lend their support to me,” says Manika Batra, the 25-year-old paddler from Delhi, who recently secured two berths at the upcoming Tokyo Olympic Games — in women’s singles and mixed doubles.

While 2020 was a difficult year for most sportspersons, Batra had a reason to celebrate as she became the first table tennis player to be bestowed with Rajiv Gandhi Khel Ratna Award, which is India’s highest sporting honour. The award, however, came with its set of criticism as many questioned if Batra did enough to be recommended, after having a not-so-brilliant performance in 2019. But, Batra remains unabashed, and says, “I don’t pay heed to these comments, for that will affect my focus. My aim is to play well for my country, and I’m doing that. And I will continue to do so in future. I will give my best in the tournaments, and I don’t feel the need to prove anything to anyone. I only have to do better than what I did before as I can only play well and let my work speak!”

Batra, who featured in her maiden Olympics at Rio in 2016, says the pandemic allowed her to up her game. “As a player, the time during the pandemic has been tough because we can’t sit at one place. I initially practised my fitness at home, and now when I look back, I realise that the lockdown last year gave me more time to give my game more and practice my skills. While it did take its toll on me, my coach Sanmay Paranjape really calmed me down. I thank him for helping me deal with the downswing in the lockdown,” she adds.

The expectations from the Khel Ratna awardee are now obviously higher. Does she feel the pressure? “Expectations unse hi hoti hain jo accha karte hain. So I think if I take it positively that they expect me to bring a medal back home, then that’ll help my game. My training is going on well, so I feel confident of doing the best for my country,” says the table tennis player who is currently training in Pune, and looking forward to her Olympic run. Another thing that inspires her is the Tricolour, and she’s often spotted with nails painting in the same colour scheme at various tournaments. “I, like most people, get goosebumps when I see the national flag or hear the anthem. This way (when I paint my nails in tricolour) every time I pick up the paddle and look at my hands, I feel positive!”