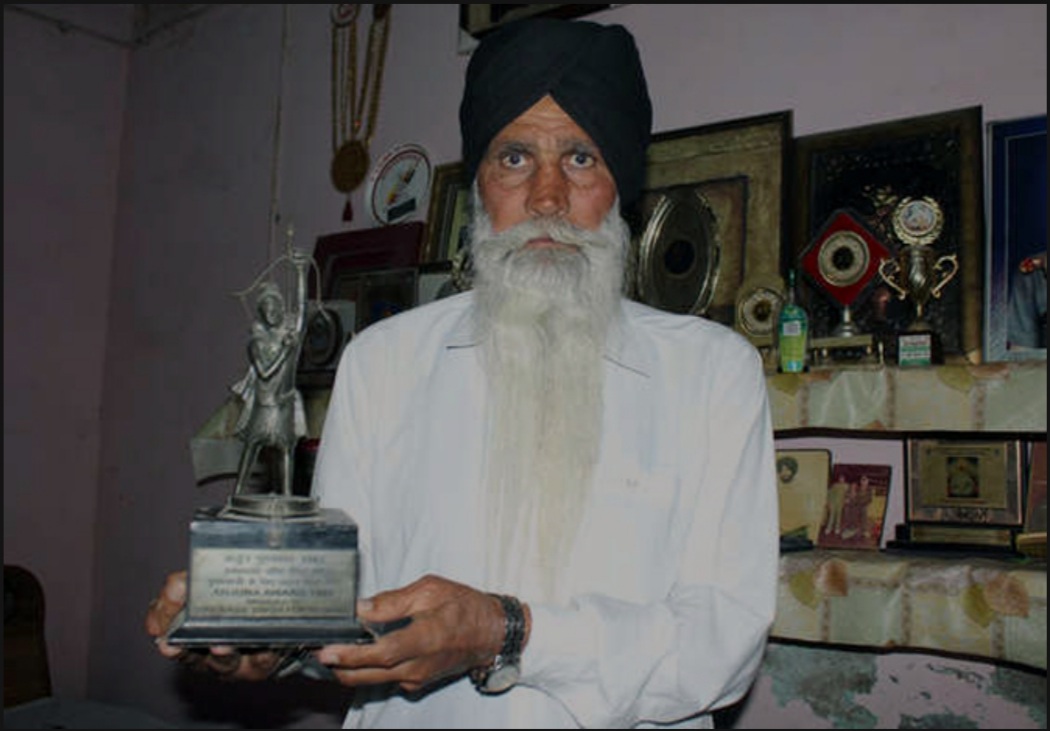 Now, Kaur Singh, 73, has decided to give up his awards to protest against the Centre’s contentious new farm laws.

He won the heavyweight boxing gold medal at the 1982 Asian Games in New Delhi to become an instant national hero. As the Arjuna Award and Padma Shri followed, the Indian Army subedar-cum- boxer-cum-farmer would go on to become a local legend.

Now, Kaur Singh, 73, has decided to give up his awards to protest against the Centre’s contentious new farm laws. For his village, Khanal Khurd in Punjab’s Sangrur district, the Padma Shri is more than just a prefix. For this community of about 2,000, Kaur Singh’s title has changed their lives in many ways.

Villagers say it was a push by the region’s revered Padma Shri that got farms in Khanal Khurd regular water supply from a canal, and employment opportunities for teachers at the local government school. Whenever they got stuck in bureaucratic hurdles, Kaur Singh would open doors. It’s been close to four decades but the village is still indebted to the former boxer with an imposing frame and flowing white beard. Be it the many shopkeepers who volunteer to walk you to his home or the hospitable neighbours, Kaur Singh’s name is always prefixed with Padma Shri around here. For Kaur Singh, who these days oversees the family-owned farmlands where wheat and corn is grown, the decision to return the award was like giving up his identity

“When I decided to return the Padma Shri award, I understood I would be giving away an honour greater than my family name. When I was given the award, the then President Giani Zail Singh told me that I have done the state as well as the country proud. All the village elders would call me Padma Shri instead of my name. I was able to get things done for my village because of the award. But no award — whether it’s Padma Shri or Arjuna award — is more valuable than the rights of the farmers,” he says.

Kaur Singh, a former subedar in the 10th Sikh Battalion of the Indian Army, is a diabetic and hence hasn’t travelled to Delhi to join the protestors agitating against the new laws for more than a month now. He recalls the celebrations which went on for over a month when he won the gold at the Asian Games and also those after his back-to-back awards. “When I returned to my unit, there were celebrations for months. The certificate and medallion were displayed at my Army unit till the time I retired in 1994,” he said.

Kaur Singh says the Minimum Support Price (MSP) for farm produce can’t be done away with. “Punjab has seen many ups and downs but I never thought of giving away my awards. But this time, it’s about the farmers. I believe the law makes the farmer a slave in his own farmland. I will have no regrets if I am called just Kaur Singh and not Padma Shri or Arjuna awardee,” he said.

Kaur Singh, like the three other Padma Shri awardees who have returned their honours – wrestler Kartar Singh, hockey player Ajitpal Singh, and former world champion bodybuilder Premchand Degra – is waiting to meet President Ram Nath Kovind. His awards and citations are currently with fellow Padma recipient and wrestling great Kartar Singh, who has made several trips to Delhi seeking an appointment at Rashtrapati Bhawan

Born into a family of farmers which owned 15 acres of land, Kaur Singh recalls his father Karnail Singh asking him to either join the Army or continue farming. “He used to tell us that the country depends on these too. The first time I got to know about the Padma awards was in 1982 when players like Kapil Dev, Syed Kirmani and Prakash Padukone were conferred the award. I watched the ceremony at our village sarpanch’s home. It was the only house with a television. The next year, when my name was announced for the Padma awards, I heard it in the news bulletin on the very same TV set,” Kaur Singh recalled.

His decision to give up the honour was inspired by his long-time idol Muhammad Ali, the all-time boxing legend known to take principled stands. “He was my role model. I had read about his stand against the Vietnam War, racism and him getting banned from boxing due to his refusal to join the US Army. A man like Ali stood for the rights for his fellow citizens and that’s what we are standing up for too,” says Kaur Singh, who fought an exhibition bout against Ali in New Delhi in 1980