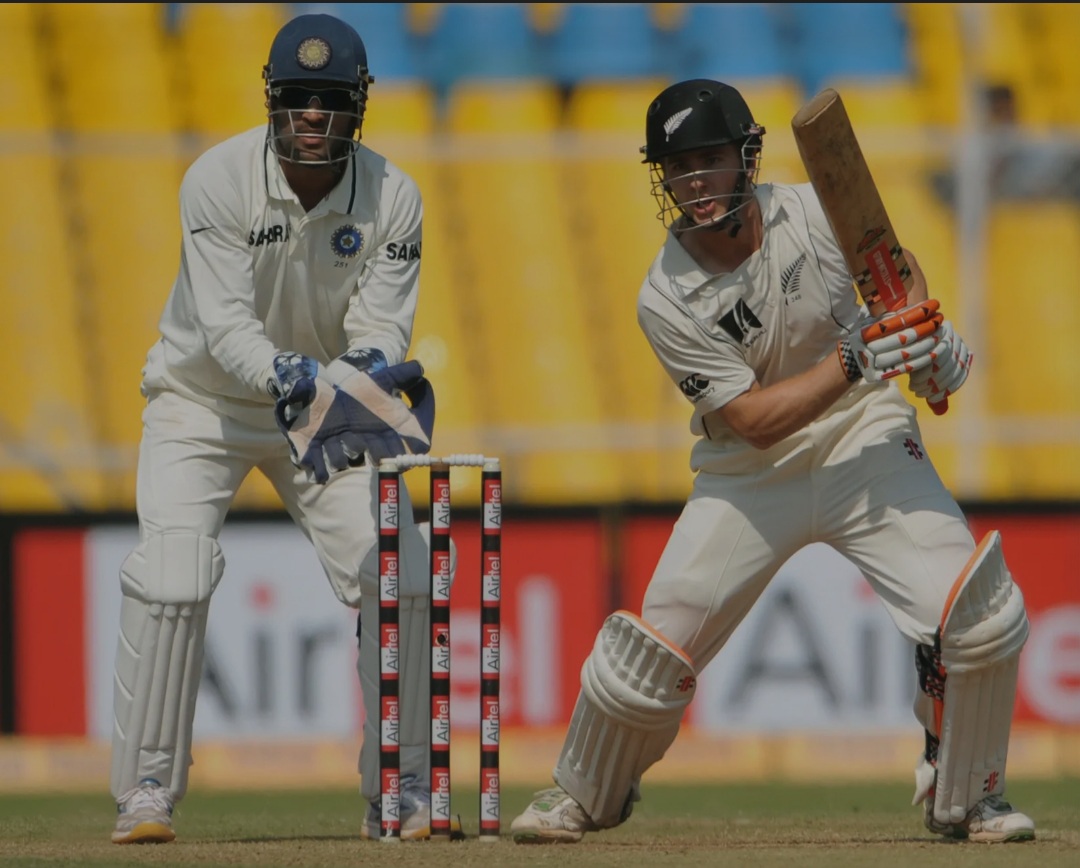 Kane williamson’s posted his third century in consecutive matches this summer and shared an unbroken 215-run partnership with Henry Nicholls which steered New Zealand close to a first-innings lead over Pakistan on the second day of the second cricket Test.

Nicholls ended the day 89 not out, following his 174 in the second Test against the West Indies and his 56 in the first Test against Pakistan

Williamson’s century was his 24th in Tests and again came at a crucial time for New Zealand as it played under the pressure of Pakistan’s impressive first innings total, achieved as it batted first after losing the toss.

New Zealand lost three wickets on either side of lunch — Tom Latham (33) and Tom Blundell (16) after a 52-run opening partnership and Ross Taylor (12) early in the second session when it was in trouble at 71-3.

Williamson and Nicholls batted slowly, cautiously through the middle session to re-establish the innings, adding only 79 runs and grafting the first 50 runs of their partnership from 105 balls

The New Zealand run rate dropped to around 2.6 during the session as Pakistan’s bowlers kept up an accurate attack.

But Williamson accelerated as tea approached, taking a series of boundaries close to the interval and keeping up the tempo into the evening session as the aging ball made the Pakistan attack less threatening.

He went from 78 to 94 with four boundaries from the 60th over bowled by Naseem Shah; moved on to 95 with a single, to 99 with a pulled four from Faheem Ashraf and then to his century with a further boundary from Faheem.

Williamson’s half century had taken almost three hours and 105 deliveries; he went on to his century in 239 minutes from 140 balls, adding the second 50 from 35 deliveries in an hour.

Pakistan was helpless as Williamson and New Zealand’s total mounted and as they watched their first-innings total almost eclipsed.

The Hagley Oval pitch was troubling for batsmen on the first day and for most of the first two sessions Monday. There was enough pace and bounce, enough lateral movement both in the air and off the pitch to make batting a little precarious.

Pakistan overcame that on day one with innings of 93 from Azhar Ali, 61 from Mohammad Rizwan and 48 from Faheem which gave it a total close to 300 which was impressive in the conditions.

Latham and Blundell gave New Zealand a solid start but the testing nature of the pitch was still evident with the loss of quick wickets around lunch.

Blundell was trapped lbw by Faheem and Latham’s was an extraordinary dismissal: he edged into the slip cordon where Shan Masood at second slip defected the ball to Haris Sohail at first who held a reflex catch.

Masood needed no assistance with the catch which removed Taylor from the bowling of Mohammad Abbas.

Nicholls had some luck as he built his innings. On 3 he edged a ball from Shaheen Afridi to Rizwan behind the stumps and was walking when the television umpire called the no-ball which granted the New Zealander a fortunate reprieve. At 86 he was dropped by Rizwan off Afridi in the second over of the second new ball.

In between, Nicholls passed 2,000 test runs but he ended the day limping after sustaining a calf muscle injury.

Williamson had fewer anxious moments, mainly due often to his ability to leave the ball late outside off stump, his soft hands which reduced the danger of catches at slip or gully and his recognition that driving wasn’t cautious on a pitch which still offered some late movement from the seam.