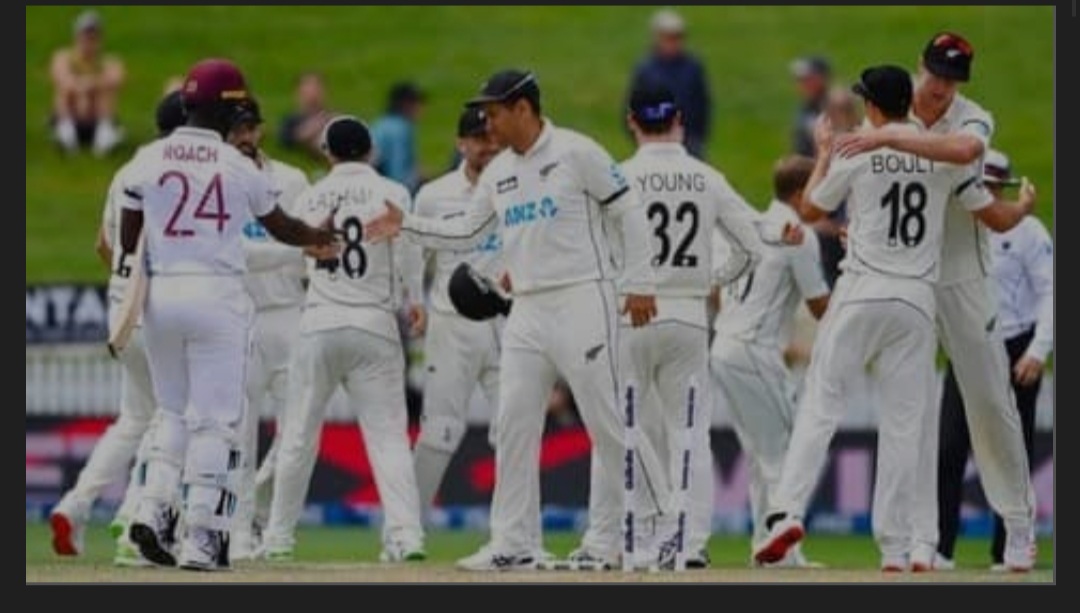 West Indies were eventually out for 317, their highest innings total of the series, handing hosts New Zealand an innings and 12-run win

The West Indies resumed their second innings at 244-6 on the fourth day, trailing New Zealand by 85 runs after following on 329 behind.

The tourists were eventually out for 317, their highest innings total of the series.

New Zealand made a positive start Monday after a short rain delay, dismissing West Indies captain Jason Holder for 61 in the fourth over of the day and ending his 82-run partnership with Joshua Da Silva.

Holder was bowled by Tim Southee with a fuller ball which straightened and beat the outside edge of the bat.

Alzarri Joseph hit two sixes and three fours in a bright innings of 24 before being caught down the leg side by wicketkeeper B.J. Watling from Southee’s bowling. That gave Southee his seventh wicket of the match, lifting his test tally to 296 wickets.

He is poised to become the third New Zealander after Richard Hadlee and Daniel Vettori to take 300 test wickets.

Wicketkeeper Da Silva posted his first half century from 77 balls in his test debut before falling lbw to Neil Wagner.

That heralded the end of the innings. Last man Shannon Gabriel was bowled for a duck by Wagner shortly afterward.