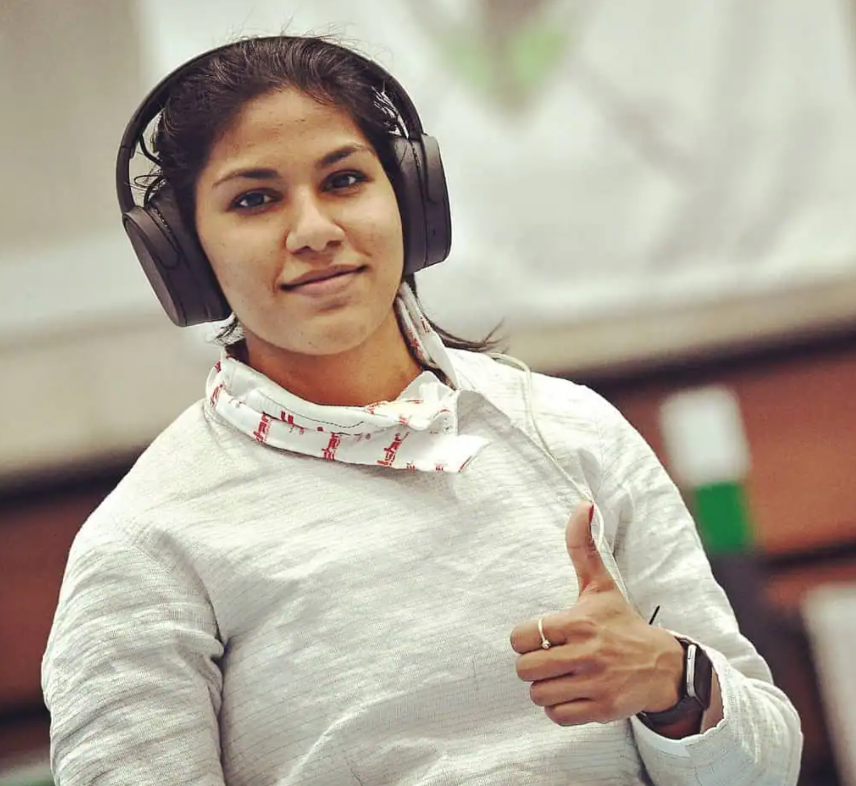 Devi, who recently became the first Indian fencer to qualify for Olympics, says her parents understood her desire to play, and never compromised on her training.

“I’m extremely happy to have made it this far, and hope to make my country proud at the Olympics,” says Bhavani Devi who recently became the first Indian fencer to ever qualify for the Olympics after winning laurels at The Sabre World Cup in Budapest.

Having booked her berth for the Olympics, after making news at the first major international fencing event since the pandemic struck, Devi shares how thoughts of her struggle came rushing back to her in moments of victory. “For a few minutes, I was thinking about the work I had put in, and the sacrifices my family had made for my fencing career… But I understand I’ve a long way so I’m taking this as the next phase of my career,” says the 27-year-old, who along with her Italian coach Nicola Zanotti, travelled by road for 10 hours from their training base in Livorno, Italy, to Budapest for this tournament.

“We couldn’t rely on flights and it would have been a 12 hour journey anyway, so my coach suggested we drive down. I’m so thankful for his efforts; he drove to and from the venue of the tournament. And we made sure that we take all safety precautions,” recalls Bhavani, who is the youngest of five siblings. “In spite of having five kids to raise, my parents never compromised on my training. They understood my desire to play. For 10 years they faced immense struggle and went beyond their means to help me out. My mother pawned her jewellery when the going got tough, and that is what got me here,” she adds.

During her initial years, she had no coach or access to good equipment. “Fencing is a costly sport. We would practice with bamboo sticks for we couldn’t afford to break the swords we had!” says Devi, who soon forayed into the sport of sabre fencing and won her first gold in 2004 at the Sub-Junior National Championship, at the age of 11! “When I was young, I was inspired by sportspersons like Sania Mirza, and wanted to play some sport,” she shares revealing how serendipity played in her choice of sport: “In the sixth standard, new games had been introduced in our school in Chennai, and when I went to sign up, only fencing was available because all other slots had been filled!”

But being in a sport that’s still in its fledgling state in India, Bhavani was often the only Indian present at international tournaments. Today, as she looks back, she feels, “It’s a lonely journey. It’s not a popular sport, and not many cared for it… but thankfully, I worked hard and support came in from different quarters,” she says adding, “At the beginning I felt alone, but knew what I’m doing is more important… I don’t want any regrets, that maybe I would have made it if I did not go out for that party or that outing.”

The MBA graduate, who has her eyes set on Tokyo Olympics 2021 now, is sure feeling the pressure of expectations. “I’m going to take this pressure positively. No one has seen me perform before, and now I’m looking forward to (the whole of) India watch me play! What I am trying is very new; no one has qualified for Olympics in fencing from India before. So I don’t have anyone to look up to or chase their journey. I’m, therefore, carving a brand new path and I won’t stop till I’ve succeeded,” she concludes.