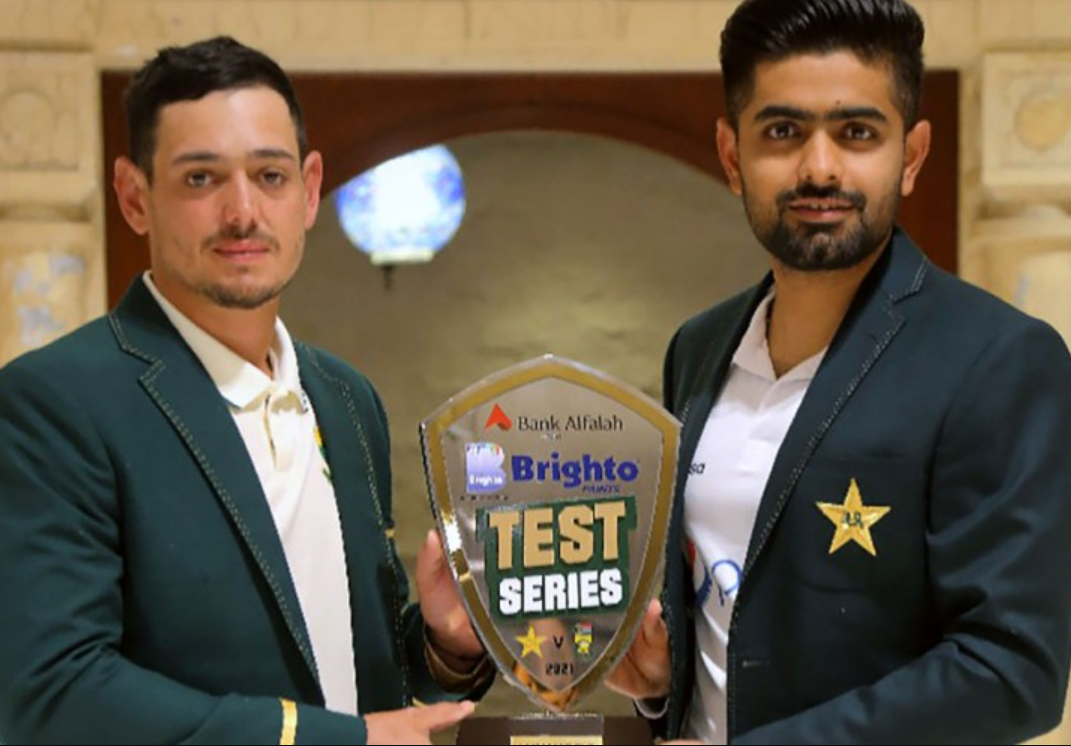 KARACHI: Pakistan were four players down shortly after bowling out South Africa for 220 on Tuesday — the opening day of the first two-match Test series here at the port city’s famed National Stadium.

The two-match series between South Africa and Pakistan marks the Proteas’ first tour to the country in 14 years.

Imran Butt, Abid Ali, Babar Azam, and Shaheen Afridi were sent back to the pavilion, with Azhar Ali and Fawad Alam currently batting.

Earlier, spinners Yasir Shah (3-54) and debutant Nauman Ali (2-38) destroyed the tourists on a brownish pitch after South Africa won the toss and batted.

Dean Elgar top-scored with 58 while George Linde made 35.

At tea, Geroge Linde (25) and Keshav Maharaj (nought) were at the crease as South Africa — who won the toss and batted — were left to fight.

Opener Elgar struck his 16th Test half-century, laced with nine boundaries before he edged Nauman into the hands of Babar Azam in the slip.

Elgar and Faf du Plessis (23) had steadied the innings during their 45-run stand for the third wicket after Aiden Markram (13) and Rassie van der Dussen (17) were dismissed in the first session.

Fast bowler Shaheen Shah Afridi had Markram caught in the slip, while van der Dussen was run out after attempting a quick single.

Soon after lunch, du Plessis — dropped on 14 off Yasir — edged the same bowler to wicketkeeper Mohammad Rizwan while de Kock played a rash shot off Nauman and was caught at mid-wicket, unable to make his 50th Test memorable.

Temba Bavuma and Linde added 43 for the sixth wicket before Bavuma was run out after he misjudged a second run and was smartly beaten by a good Hasan Ali throw from the deep.

Both Pakistan and South Africa entered the Test with two spinners and three pace bowlers.

The two-match Test series marks the first tour by South Africa to Pakistan in 14 years, a positive step for the revival of international cricket in the host country.

A deadly attack on Sri Lanka’s team in 2009 froze international tours to Pakistan before their gradual reintroduction in recent years.