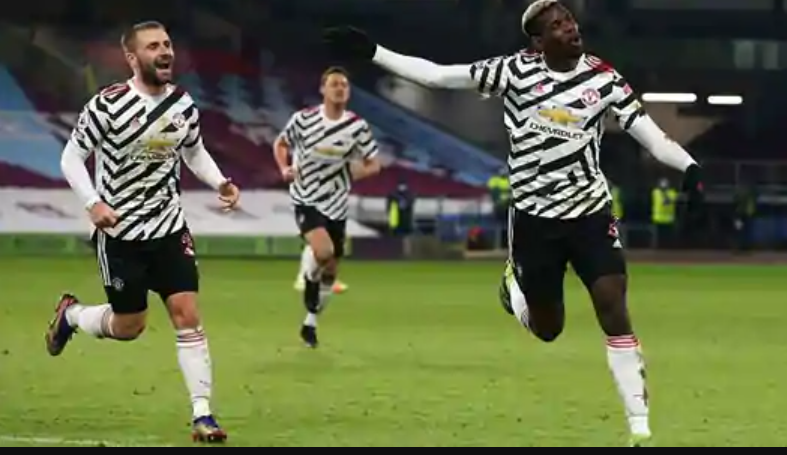 Paul Pogba sent Manchester United to the top of the Premier League by scoring with a deflected volley in a 1-0 win at Burnley on Tuesday.

Paul Pogba sent Manchester United to the top of the Premier League by scoring with a deflected volley in a 1-0 win at Burnley on Tuesday. United came into the match at Turf Moor knowing at least a point would move the team into first place for the first time at this stage of the season since Alex Ferguson was in charge of the title-winning 2012-13 side

Pogba met a cross from Marcus Rashford with a first-time effort from the edge of the box that deflected off Burnley defender Matt Lowton and through the legs of goalkeeper Nick Pope in the 71st. It gave United a three-point lead over Liverpool heading into their meeting at Anfield on Sunday.

The video assistant referee provided the main talking point of a tense opening period, with Burnley’s last man, Robbie Brady, avoiding sanction for bringing down Edinson Cavani outside the area because of a foul by United left back Luke Shaw moments earlier at the other end.

Shaw, who was booked for his hefty challenge on Johann Berg Gudmundsson, soon swung in a cross that Harry Maguire headed home from an acute angle, only for it to be ruled out for a push by Maguire on Erik Pieters as he climbed. The United captain was furious that the decision was not reviewed.

United controlled the second half and Pogba delivered in a rare clear-cut opening for United. United looked to add another, with James Tarkowksi producing an important last-ditch challenge on Anthony Martial.

Josh Brownhill struck a shot wide for Burnley and substitute Matej Vydra saw an effort deflected into the side netting by Bailly as the hosts finally went on the attack, with the VAR checking a handball against Maguire in the box. There was still a tense ending as Tarkowski miscued a shot and Martial wasted a later one-on-one opportunity to make it 2-0.