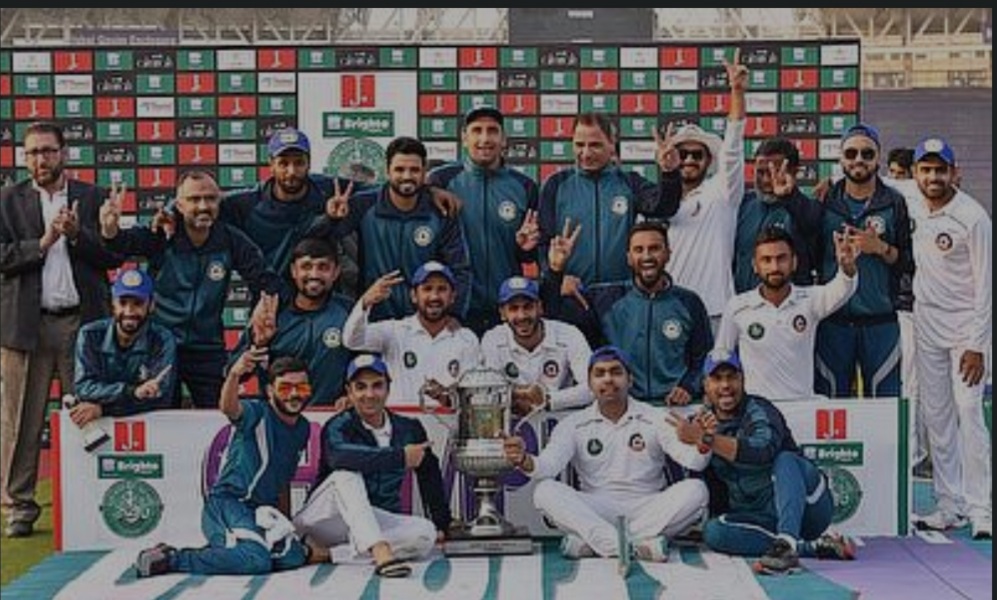 KARACHI: Central Punjab (CP) and Khyber Pakhtunkhwa (KP) on Tuesday shared the winning title for the Quaid-e-Azam Trophy 2020-21 as the final match of Pakistan’s premier domestic series entered the record book as the first-ever tied final in the history of cricket’s first-class tournaments.

With 356 runs to win, Central Punjab fought back to level 249-9 to equal the scores before the last man Waqas Maqsood was caught at mid-on by Kamran Ghulam off Sajid Khan

The action-packed final day started with Central Punjab having 140-2 on the scoreboard, requiring another 216 runs to defend the title.

With CP trailing at 249 for 8, KP looked certain to win the title. But Hassan Ali – the captain of Central Punjab – stood in Khyber Pakhtunkhwa’s way to the title, scoring 70 runs for the 9th wicket with Ahmed Safi Abdullah (35 off 23) and 36 runs for the 10th wicket with Waqas Maqsood.

Hassan Ali completed his century off 58 deliveries in 94 minutes.

It was over number 118th of CP’s innings when Waqas ran two quick runs to level the score. For the next ball, an excited Waqas aimed to play a winning shot but was caught by Kamran Ghulam to reach an historic and unexpected end to the final.

The match ended as tie and with both the teams having their first innings bonus points levelled at 6-all, they both were declared joint winners of the Quaid e Azam Trophy.

Kamran Ghulam, Rehan Afridi and Sajid Khan – all from KP – were respectively declared the best batsman, best wicket-keeper, and best bowler of the tournament