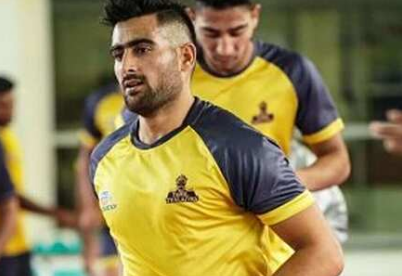 With the advent of the Pro Kabaddi League in 2014, the indigenous sport has witnessed a major transition – from one that was closely followed in rural areas to a topic that was discussed over dinner in metro cities.

With the advent of the Pro Kabaddi League in 2014, the indigenous sport has witnessed a major transition – from one that was closely followed in rural areas to a topic that was discussed over dinner in metro cities. Such has been the impact that the sport has had not only on viewers and fans, but more importantly on players as well. In a latest documentary series – ‘Dream On: Sapno ki Udaan’ – on Star Sports that begins today, flagbearers of kabaddi like Ajay Thakur, Pardeep Narwal, Pawan Sehrawat, Rahul Chaudhari, Siddharth Desai and Fazel Atrachali share stories, highlight the efforts, and strides the sport has made in their lives.

Thakur talks about his kabaddi journey, “It was my father’s dream to represent India and when he was unable to fulfill that dream, I ensured that it stayed alive through me. That’s when I decided to become a kabaddi player and represent India. My father’s dream fuelled my desire to not only become a PKL star but also win the World Cup for India.”

Narwal speaks about the dilemma he had during his journey, “Rindhana is the Heartland of Kabaddi and the hometown of Narwals – the most famous Kabaddi clan. While growing up, I always felt like a misfit and never thought I could carry the great Narwal name on my shoulders. I took it up as a challenge to prove everyone around me wrong – I put my heart, soul, and hard work into kabaddi.”

Sehrawat talks about his family and their expectations, “My family comes from an extremely humble background. Growing up, I was aware of my family’s financial condition and I took it upon myself to turn it around. Through multiple challenges and hardships, I felt that my future was bleak. When kabaddi entered my life, everything changed for the best and there was no looking back after that.”

Chaudhari talks about the impact his sister-in-law had on his life, “My Kabaddi coach is a fierce woman from Uttar Pradesh who eventually married my brother. Right from the offset, my sister-in-law was my biggest inspiration, as she pledged to make me a successful Kabaddi player. She motivated and moulded me to become the kabaddi player I am today. She’s a sports teacher and her guidance and patience helped me to understand the commitment this sport requires.”

Desai expresses his journey, “My family is my biggest strength without whom I wouldn’t have been able to achieve the great success in my career. My brother Suraj has been a motivating factor and it was his determination and training that transformed me into a player who was bought by the Telugu Titans for a record amount of over a crore in season 7.”

Atrachali how kabaddi came naturally to him, “Being brought up in a country which was going through civil unrest, wrestling became the focal point of my entire childhood. I think Kabaddi came naturally to me and with my wrestling background defending became second nature. I became the captain of Iran’s national team at 22 and there was no looking back after that. With a little bit of luck on my side, I managed to break into the team of U-Mumba and currently I captain the side as well.”