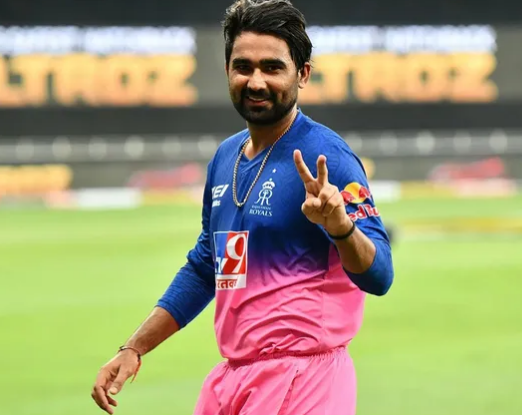 Rajasthan Royals all-rounder Rahul Tewatia has reportedly failed BCCI’s fitness test ahead of the T20I series between India and England.

All-rounder Rahul Tewatia has reportedly failed BCCI’s fitness test ahead of the T20I series against England. Tewtaia had received his maiden national call-up ahead of the five-match series along with the likes of Ishan Kishan and Suryakumar Yadav. However, his participation in the series is now in doubt after he failed to nail BCCI’s fitness test.

As per a report in The Telegraph, Tewaitia and spinner Varun Chakravarthy both failed to meet the minimum requirements in the fitness test conducted by Team India. The national team players are expected to score a minimum of 17.1 in the Yo-Yo Test or cover a distance of 2km in 8.3 minutes to match BCCI’s fitness criteria and be eligible for selection.

While it puts Tewatia’s selection in serious doubt, it’s not the end of the road for the all-rounder, who will be getting another chance to pass the fitness test. All the players who fail to clear the fitness test in the first attempt are awarded a second chance to pass it and prove their endurance and fitness levels.

Both Tewatia and Chakravarthy will be asked to undergo the tests once again. “It has been introduced to push fitness standards and maintain endurance. He will get more than one chance,” a source was quoted as saying by The Telegraph.

The Rajasthan Royals all-rounder had earned his maiden national call-up after an impressive season for the franchise. Tewtaia was one of the star turn-outs for the Royals in Indian Premier League (IPL) 2020 where he impressed with both the bat and the ball. The Haryana all-rounder notched up 255 runs and scalped ten wickets in 14 matches for the Royals.