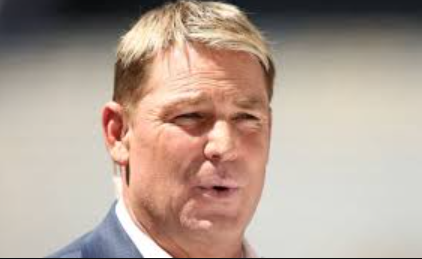 While Shane Warne admitted that India has been the ‘best team’ in the Test series, he added that the hosts have had ‘many opportunities’ to win the series

With the battle of the Border Gavaskar Trophy reaching its last day, veteran spinner Shane Warne has raised questions over Tim Paine’s captaincy in the series so far. While Warne admitted that India has been the ‘best team’ in the Test series, he added that the hosts have had ‘many opportunities’ to win the series but haven’t grabbed them. The visitors have been marred with injuries forcing the Men in Blue to field a comparatively inexperienced playing XI in the last and deciding Test of the series.

Speaking to Fox Cricket at the end of play on Day 4, Shane Warne said, “I think India has been the best team in this series, but I think Australia has had so many opportunities to win this series, they just haven’t taken them.”

‘Why hasn’t he done certain things?’

The veteran spinner also pointed out that Tim Paine’s tactics have not been ‘good enough’ and also that he has not had the ‘best time’ with gloves. Paine has been guilty of dropping few catches throughout the series which includes the crucial wicket of Hanuma Vihari in the third Test where the batsman teamed up with Ravichandran Ashwin to secure a draw for the visitors.

“I think at times their tactics haven’t been good enough, and I suppose that’s got to come down to Tim Paine as captain. Why hasn’t he done certain things? He hasn’t had the best time behind the stumps,” Warne said.

Moreover, he also blamed the otherwise lethal and more experienced Australian bowling lineup of allowing the Indians to fight back. “But it’s also the bowlers, it’s not just the captain. The bowlers are allowed to say what fields they want, what tactics they want. I’ve been surprised at Australia’s tactics, particularly yesterday and in Sydney at times,” he said.

India needs 328 to clinch the trophy

After an impressive start to their innings, the home team were finally bundled out for 294. The Ajinkya Rahane-led side needs 328 runs to register a momentous series win Down Under. The fifth and final day of the two-month-long tour is also expected to be marred with rain as per the weather forecast. After a humiliating loss in the first match of the Test series at Adelaide, India came back strong to register a clinical victory on Boxing Day at the MCG. Courageous play by Ravichandran Ashwin and Hanuma Vihari saw the Men in Blue tie the third game at the SCG. If India wins the fourth Test or even manage to bag a draw, the Men in Blue led by stand-in skipper Ajinkya Rahane will retain the Border Gavaskar Trophy. Australia needs to rattle the Indian batting lineup on Tuesday to clinch the silverware.