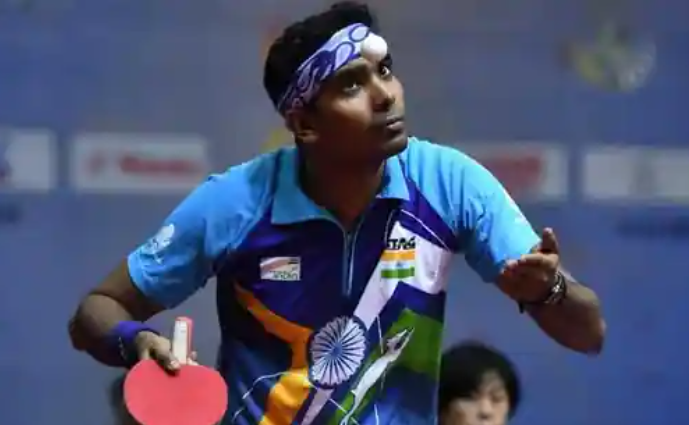 After securing the Olympic berth in the mixed doubles category with Manika Batra, ace India paddler Achanta Sharath Kamal on Saturday termed the Asian Olympic Qualification Tournament finals win against the World No 5 Korean pair of Sang-Su Lee and Jihee Jeon as “one of the biggest victories” of the career.

Star Indian pair of Kamal and Batra created history by confirming their maiden mixed doubles qualification for the 2021 Tokyo Olympics as they stunned the Korean pair 4-2 in the finals of the Asian Olympic Qualification Tournament in Doha on Saturday.

With this development, India is certain to be represented in the men’s singles, women’s singles and mixed doubles categories in table tennis at the Olympics.

The most impressive part of this final encounter was the way the World No.18 pair of Sharath and Manika turned the game in their favour after starting the match 0-2 (11-8, 11-6) down against their higher-ranked Korean counterparts. The Indian pair won six points in a row in the third game and scripted a slow but steady comeback.

“I can tell you this is nothing short of phenomenal. It is one of the biggest victories for Manika and me. I have been sleepless since 5 am in the morning and was under a lot of pressure as this was our only shot to qualify for the Olympics,” said an elated Sharath from Doha.

The Indian veteran, who is also the reigning Asian Games bronze medalist in the mixed team event, further added, “We started off with two losses but this victory against such top-ranked players will surely give us the confidence and belief of being strong medal contenders in the Tokyo Games.”

While the mixed team event is being introduced at the Olympics for the first time, the Indian duo had a 1-1 head-to-head count before this encounter. Sharath and Manika had defeated Lee and Jeon during the 2018 Asian Games before this.

“We were unable to initially open up the game and our opponents were trying to finish the game as quickly as possible. However, once we got going and the game contrasts that both Manika and I have, can baffle anybody. We took advantage of the contrasting game style as the Koreans were unable to gauge our strategy and that is where we started creating chances for ourselves,” he said.

The World No 32 picked the fifth game as a turning point of the match which saw a neck-to-neck fight between both the pairs. The duo showed tremendous nerves to win the game 13-11 from a game point down.

“Manika was really fantastic and that helped me as I had the liberty to be a lot more creative and play attacking shots. And when I play like that, I am really dangerous. She is a great reader of the game and has played some exceptional table tennis in the last two days,” Sharath said.

Earlier on Thursday, all the four Indian paddlers Sharath, Manika, Gnanasekaran Sathiyan and Sutirtha Mukherjee earned themselves singles qualification for the 2021 Tokyo Olympics; all of whom are in the top-100 world rankings.