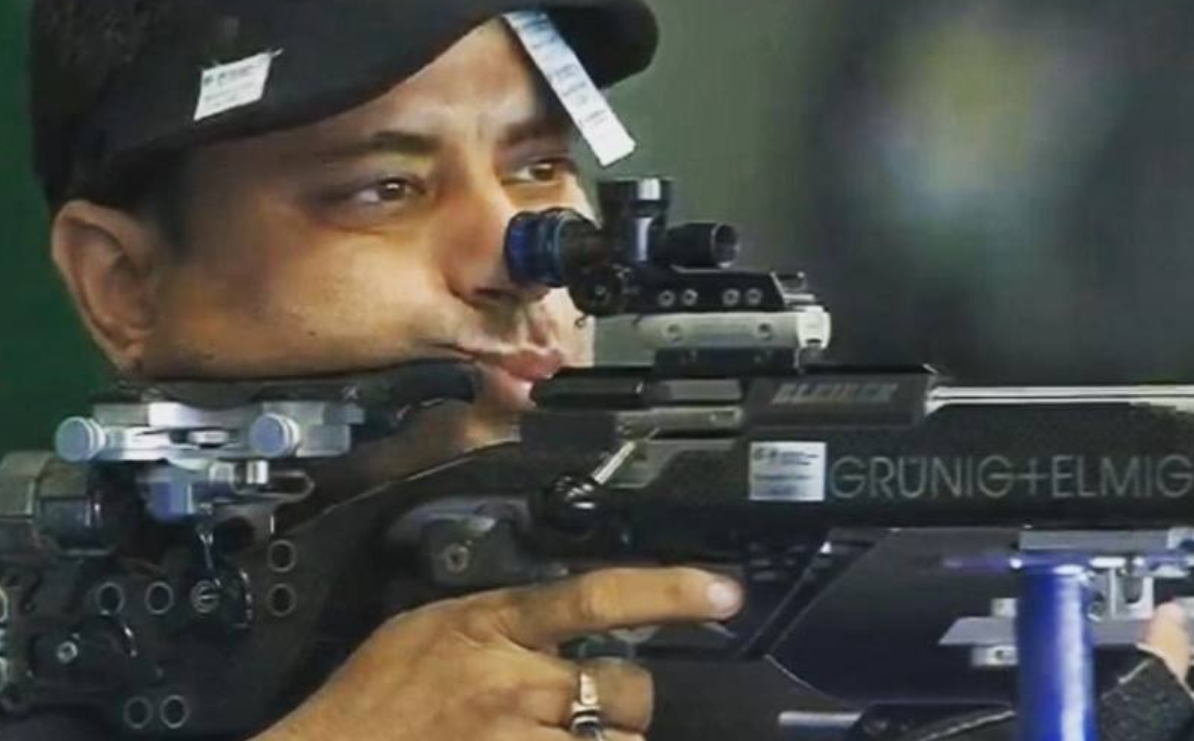 Experimenting with his style and technique, seasoned Indian shooter Sanjeev Rajput has termed the lead up to this year’s Tokyo Olympics the “most important” phase of his life as he seeks to work on improving his performance in finals.

Rajput and Tejaswini Sawant won the gold medal in the 50m rifle 3 positions mixed team event of the ISSF World Cup in New Delhi on Friday in what should boost his confidence ahead of the showpiece in the Japanese capital later this summer.

“In finals I need to work a little more… by making changes, I need to focus on improvements. Otherwise, considering the weather conditions (in individual qualifications) I have done well, in kneeling, prone in mixed team qualifications.

“There is a different kind of pressure in the finals, there are limited shots, lot of people are watching, the media is watching. So a lot of times small things get overlooked.

“Qualifications, I am very happy and even in the standing position, I shot 98, 98 and then 95, it was very close. Today, I did not do great in final because I tried to experiment,” Rajput told reporters after the victory in the mixed event.

The 40-year-old Rajput secured his Tokyo Olympics quota in the 2019 Rio de Janeiro World Cup when he gunned down a silver in the men’s 50m rifle 3 positions event.

When asked about the time leading up to the Games, he said, “It is the most important phase of my life, I have been to two Olympics in 2008 and 2012, nine years later it will be a very different Olympics, and it will be different for everyone.

“It will also be very important for everyone because it has never happened like this, Olympics after a gap of five years.”

The Tokyo Olympics, originally scheduled for 2020, was postponed by a year due to the COVID-19 pandemic.

In Friday’s final, the Indian combo of Rajput and Sawant beat Ukraine’s Serhiy Kulish and Anna Ilina 31-29 in the gold medal match, using their years of experience to good effect to emerge victorious.

Speaking after the event, he said, “This is morale-boosting, when the weather conditions were bad during the qualifications, then I did very well. And I also made some changes then which worked for me but they did not work in the individual finals.

“I could not correct them and do well. Today was an opportunity, in the mixed team qualifications, I reversed those changes and things went well. You must have seen the score of 294.”

Rajput, who has secured an Olympic quota four times on the trot since the 2008 Games but competed only twice, was having some issues in the standing series of the mixed event.

“I was having some problems in standing but our coach came and asked me to focus on my balance, then I could figure out that I was more focussed on foresight and front area instead of focusing on my body.

Rajput praised his partner Sawant after the final.

“She has done extremely well, first time we were in mixed event together, we are in practice stage now and we have to analyse a lot and then worked on areas we can improve for better scores.

Speaking about the changes he has made in his game, Rajput said, “You must have seen that day (during individual qualifications) it was very windy and it was about to rain, had it rained the breeze would have stopped.

“When the wind hits our body we widen our stance a bit so that centre of gravity goes down and improves stability. We also extend the rifle’s configurations so that we are not too affected by the wind.

“Because of these changes, the muscle tone also changes, like backbone muscle,” he said.