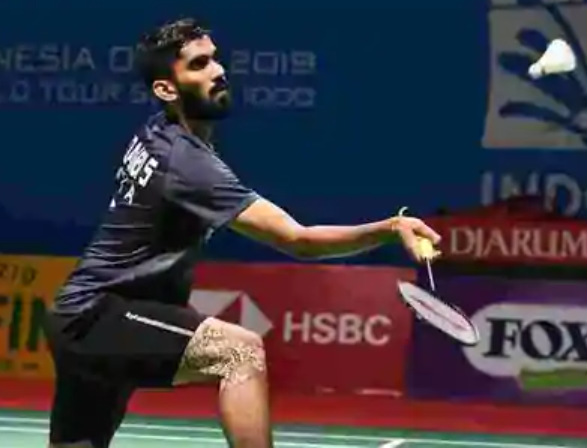 Srikanth withdrew from the tournament after B Sai Praneeth, who he was sharing a room with, had tested positive for COVID-19.

Indian shuttler Kidambi Srikanth, who was forced to withdraw from the just-concluded Thailand Open as per protocols, resumed training on Sunday after the Badminton Association of India (BAI) got his 14-day mandatory reduced to a week.

Srikanth withdrew from the tournament after B Sai Praneeth, who he was sharing a room with, had tested positive for COVID-19.

Srikanth had tested negative in the mandatory PCR test conducted on Monday and had also returned negative results since arriving in Thailand.

BAI also announced that the entire Indian team, here for the competition, will undergo compulsory COVID-19 tests on Monday.

“Update on @srikidambi #BAI has ensured @srikidambi’s mandatory quarantine of 14days is reduced to a week and the former No1 has resumed training starting today. The entire team is also scheduled for a compulsory COVID19 test tomorrow as per @bwfmedia protocol,” BAI tweeted.

The 27-year-old Srikanth had defeated Thailand’s Sitthikom Thammasin 21-11 21-11 in the first round on Tuesday before withdrawing from the tournament.

The world number 14 had withdrawn from last week’s event ahead of his second round after pulling a calf muscle.

“I had to pull out of the BWF Thailand Open to stay in line with BWF health and safety protocols, after my roommate tested ve. I have however tested negative and I look forward to finishing my quarantine,” Srikanth had tweeted.

All other Indian players had also tested negative following Monday’s mandatory round of PCR testing and were cleared to continue compete in the tournament upon producing a negative test result each day.

However, the Thai health authorities, Badminton Association of Thailand (BAT) and BWF, had restricted “the movement and schedule of the rest of the India team as per tournament protocol,” which will be in place for 14 days till February 1.Last week, Saina Nehwal and HS Prannoy had returned positive for COVID-19 results initially but were later cleared to compete in the Yonex Thailand Open after they tested negative in a fresh round of testing.