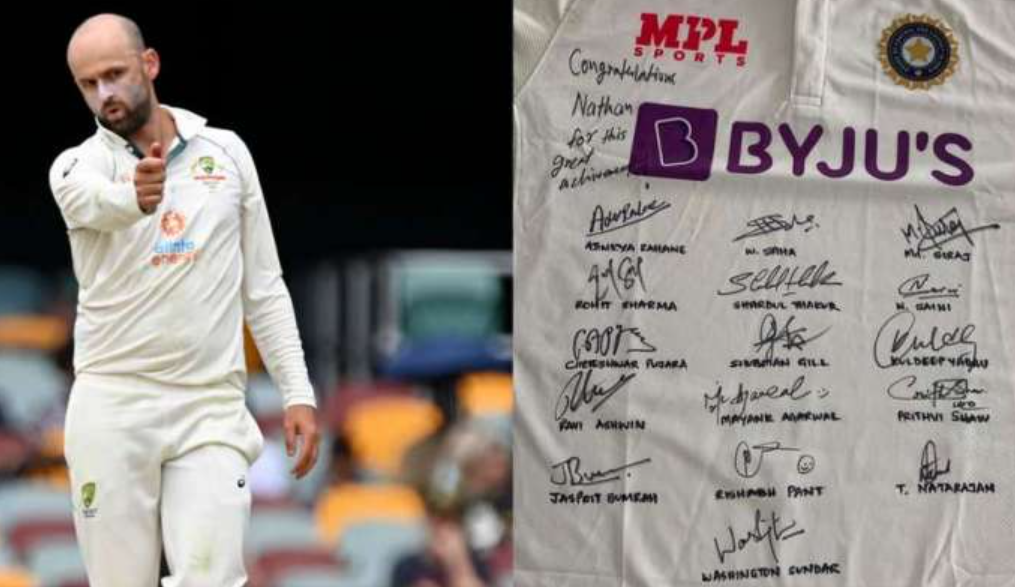 ‘Now time to reset and chase some bigger goals,’ says off-spinner Nathan Lyon who played his 100th Test in Brisbane

A couple of weeks after India’s 2-1 victory over Australia in the Border-Gavaskar Trophy, veteran Australian spinner Nathan Lyon has thanked Indian Cricket team for their ‘sportsmanship and the incredibly kind gesture of a signed Team India shirt.’

Lyon, who played his 100th Test for Australia in Brisbane, hoped to cross 400-wicket mark in Tests but Indian cricket team played their best game and deprived the spinner of the historic feat. He ended his 100th Test with 399 wickets before his name.

Sharing a series of images on his Instagram, the 33-year-old wrote, “After a week at home, I’ve had a chance to reflect on the summer. Playing for Australia and receiving a baggy green has always been my dream. I am extremely humble and grateful to have played one test match for Australia let alone 99 more.”

As a wonderful gesture of sportsmanship, the Indian team had presented Lyon with the jersey to congratulate him for playing his 100th Test. Thanking the Ajinkya Rahane-led team, Lyon said, “A massive congratulations to @ajinkyarahane and team India on the series win! Thank you also for your sportsmanship and the incredibly kind gesture of a signed Team India shirt. It will be a great addition to the man cave.”

Lyon is the third-highest wicket-taker for Australia in Tests after Shane Warne (708) and Glenn McGrath (563).