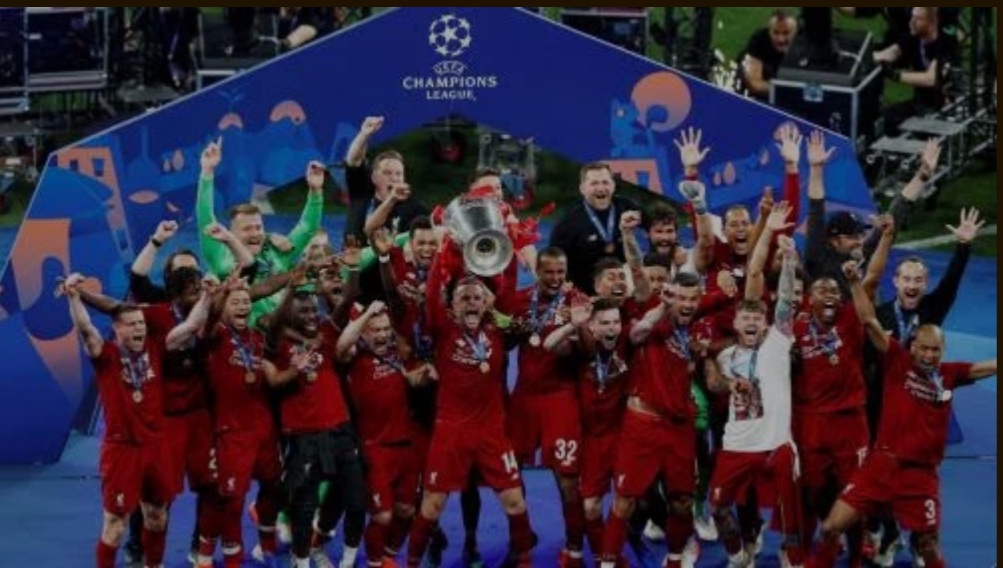 Despite a brief interruption due to Corona-enforced beak, football did manage to conjure some moments of lasting relevance in 2020. From Liverpool ending their 30 years Premier League title wait to Lionel Messi expressing his desire to leave Barca. MIsport takes a look at some of the biggest moments from football

The 30-year wait is over. Liverpool is champion of England again.

Liverpool clinched its first league title since 1990 on June 25, ending an agonizing title drought without the players even having to take the field.

Instead, the Premier League crown was secured when Chelsea beat second-place Manchester City 2-1, a result that meant City could no longer catch Liverpool with seven games remaining.

For the city of Liverpool, this has been a party three decades in the making, and even the restrictions caused by the coronavirus failed to prevent fans from gathering to celebrate outside Anfield.

After a dominant campaign that was interrupted by the coronavirus pandemic, Liverpool became England’s earliest-ever champion — and the latest. No team since the inception of the country’s league system in 1888 has clinched the title with seven games remaining. And no team has been crowned Premier League champion in June.

The title itself had hardly been in doubt since December, with Klopp’s team quickly building a massive lead with a rampant attacking style of play.

For a while, though, it seemed the coronavirus could still prevent Liverpool from ending its drought.

The club was 25 points clear when the league was abruptly halted in March as the country was forced into lockdown to contain the spread of Covid-19.

LEEDS BACK IN BIG TIME

Leeds United were promoted to the Premier League after winning the 2019-20 Championship title and ended their 16-year exile from the top-flight. Premier League football returns to Elland Road in 2020-21 season as Marcelo Bielsa’s side renew old rivalries with Manchester United and Chelsea.

Bayern Munich participated in five competitions in 2020-21 season — Bundesliga, DFB Pokal, UEFA Champions League, UEFA Super League and DFL-Supercup and won all five. Polish striker Robert Lewandowski was the star for The Bavarians during the entire duration and won individual honours which includes UEFA and FIFA men’s player of the year.

Lionel Messi beat Pele’s record of goals for a single club when he scored his 644th for Barcelona in a 3-0 win over Valladolid in La Liga clash on December 22.

END OF MESSI AT BARCA?

Lionel Messi who is at Barcelona from his youth career days, openly wanted to leave Camp Nou in the summer and was only stopped in the end by the threat of prolonged legal battle.

He has since then been linked to potential moves to Manchester City and Paris Saint-Germain after end of his current deal in 2021 summer.

Football teams were allowed to use five substitutes when play resumed after the coronavirus pandemic. The International Football Association Board agreed to a proposal by FIFA for a temporary change to the rules “to protect player welfare”.

For the first time since its creation in 1956, Ballon d’Or was cancelled in 2020 because of the coronavirus pandemic’s impact. The award, presented by France Football, is given to the best player each year, counting club and international play.

The European championship, due to be played in June and July in 2020, was been postponed until 2021 because of the pandemic. UEFA said the new proposed dates for the tourney were June 11 to July 11 next year, but despite being postponed it will continue to be called Euro 2020.

Other prominent summer moves include Timo Werner and Kavi Havertz leaving Bundesliga to shift base at Stamford Bridge. David Silva’s decade old stay at Etihad comes to an end as he makes a move back to Spain to play for Real Sociedad.