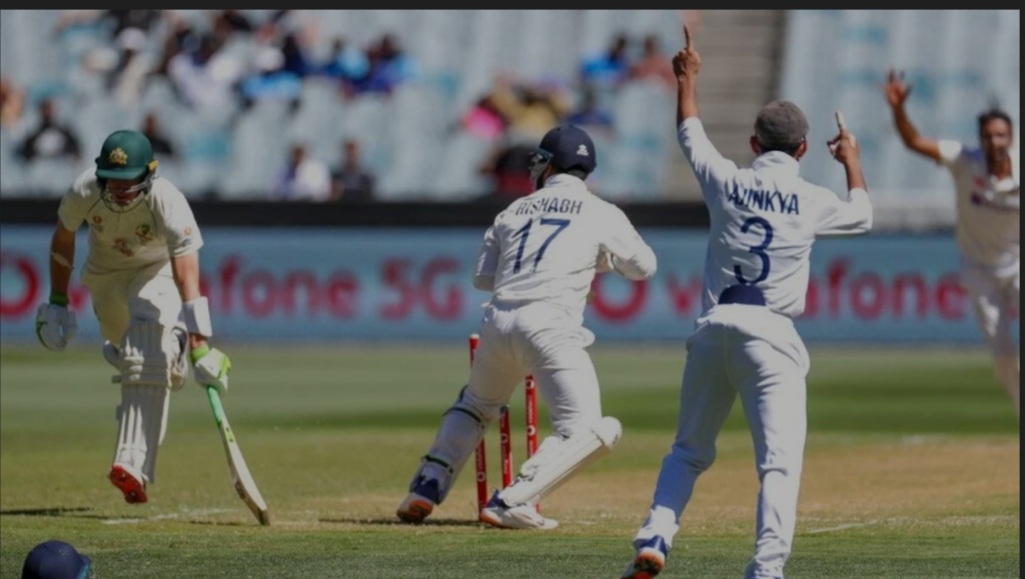 India vs Australia, 2nd Test: Third umpire Paul Wilson has been criticised on social media after his decision to adjudge Tim Paine not out despite the apparent absence of conclusive evidence during a run-out appeal from India on Day 1 of the Boxing Day Test in Melbourne.

Ajinkya Rahane’s India were on the wrong side of a couple of close calls even as they dominated the first 2 sessions of the Boxing Day Test against Australia on Saturday. Third umpire Paul Wilson’s call to adjude captain Tim Paine not out during the start of the 3rd session left India fans fuming and frustrated.

There was a big mix-up between young all-rounder Cameron Green and Tim Paine in the 55th over and the Australian captain was struggling to reach the striker’s end. A decent throw from Umesh Yadav was collected well by wicketkeeper Rishabh Pant who broke the stumps

“There’s no conclusive evidence to show the bat is on the wrong side of the line, so the bat looks like it could have a bit over the line. My decision is not out,” third umpire Paul Wilson was heard saying during the broadcast before ‘NOT OUT’ flashed on the big screen at the Melbourne Cricket Ground.

However, India captain Ajinkya Rahane wasn’t impressed with the call as he was spotted having a discussion with the on-field umpire after Paine was adjudged not out by the Australian third umpire, Wilson. Paine was batting on 6 when the decision went in favour of him. It was an important moment in the Test match as India were looking to put more pressure on the two new batsmen in the middle. However, Paine was not able to add much to the tally as he was dismissed for 13 by Ashwin in the 63rd over

Former Australia leg-spinner Shane Warne did not agree with the NOT OUT decision as he took to social media to suggest that Tim Paine should have been walking back to the hut.

“Very surprised that Tim Paine survived that run out review ! I had him on his bike & thought there was no part of his bat behind the line ! Should have been out in my opinion,” Warne wrote on Twitter

Former India batsman and commentator, Aakash Chopra came up with a sharp criticism of third umpire Paul Wilson, pointing out Jason Holder’s comments on the need for neutral umpires. Notably, the International Cricket Council approved home umpires in Test matches due to the novel coronavirus pandemic while increasing the DRS review count to 3 from 2.

“That was OUT. Jason Holder was right. If players can be in a bio-bubble for soooo long….let umpires should be doing the same,” Aakash Chopra wrote

“You heard Paul (Wilson) explain it quite clearly, he was looking for conclusive evidence to show the bat on the wrong side of the line with the bail removed from the top of the stump. He couldn’t prove that the batsman was short of his line,” Taufel was quoted as saying by Channel 7.