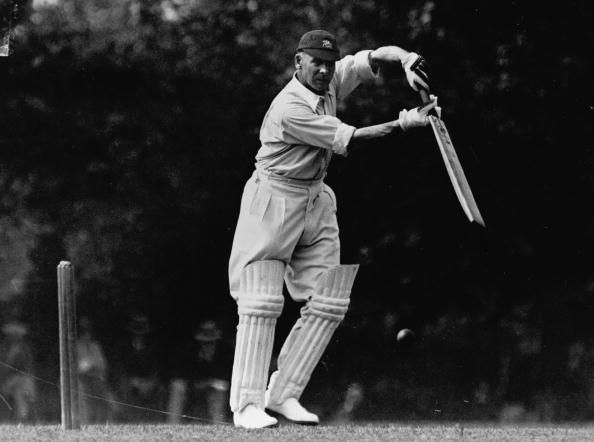 The advent of T20 cricket has seen playing styles change across all formats, which has resulted in records tumbling left, right, and center. Cricket, due to it now having 3 formats has seen a lot of focus shift to statistics and records.

Even for school children, weekends and holidays are well spent with discussions about cricket facts and records. It is an excellent way to pass the time and completely cut off from ever-busy weekdays.

In case you don’t know much about cricket, here’s a quick history of the sport. Cricket sport was introduced by the shepherds. It has seen multiple changes in formats and playing styles with One-Day cricket being introduced after Test Cricket while the shortest format, T20 cricket coming into the fold in the 21st century.

With 3 formats and more & more countries playing cricket, records are being set & broken quite frequently. There are some, however, that have stood the test of time and it would take a monumental effort to break them. Let’s take a look at the top 6 cricket scores and records that will blow your mind:

When someone mentions Sir Jack Hobbs, everyone knows what that name stands for. This guy was an epitome of cricket sport in his sporting days. He set an outstanding record that we don’t think anyone will break it any time soon. Sir Jack Hobbs registered 61,760 runs in first-class cricket. A little bit suspicious of a typing error? No, that is the precise figure of runs this skilled batsman scored.

And up to date, this record has remained unbroken, and no other batsman has ever come anything close to this score, and we are a little bit skeptical whether there is any batsman who will ever reach even close to it, unless he keeps playing cricket (get this right) for 30-36 years!

This will definitely blow up your mind. Wilfred Rhodes, known by many as “the Wicket taking machine” is a former England bowler who left an outstanding record in cricket sport. I know you will find it hard to believe this, but it is a fact anyway. This cricketer maven played 1,110 first-class matches and seized 4,204 wickets during the play. Surprised? It is a concrete fact.

In his entire cricket playing career spanning for more than thirty-one years, Rhodes prevented any opponent who tried to outsmart him in the game and left an unbreakable record. This left-arm slow bowler understood the craft of circumventing and making every batman follow his moves.

At one time, he almost beat the record of 10 wickets haul in an innings as when the game was virtually getting closed; he had figures of 24/9. But this didn’t weigh him down since no batsman has even neared this score up to date as nowadays, bowlers are spotted relaxing on the bench frequently compared to the times they are on the field.

One hundred ninety-nine centuries – why do your friends and you shower words of adoration to Sachin for his 100 international centuries? Are you aware that Jack Hobbs left an outstanding and much better record than Sachin many years ago before the birth of the Master Blaster? The truth that you might be ignorant about is that Jack Hobbs is the top run-scorer in first-class cricket, with a record of 199 centuries. He failed short of 200 marks by just a single century, but who will not be contented by this outstanding mark if nobody has yet broken it and the probability of it being broken remains slim? It is truly a prestigious record that will require a bowler a lot of craftiness and dedicated work to surpass it.

The world was poised for a big shock in the cricket sport, and this came true when Victoria unleashed his art in bating. During this time, the national season witnessed an outstanding record recorded. How do you feel when you break your own record? Definitely the feeling is unexplainable – that is what Victoria cricket lineup did. They had set a record 36 months ago, which they broke this time and staged a new score.

In the game they were playing with New South Wales, Victoria played 190 overs, and they managed to score an astounding 1,107 runs. The opening pair put on a 375-run partnership while 219 runs were scored for the second wicket.

Everyone was aggressively involved in scaling up this score and aided by these collective energies from the cricketers the team slashed 1,107 runs to make sure their title got in historical records.

Though most records we have stated above are all positive, negative records are also registered, and this is what happened 218 years down the line when the BS team was battling with England. In the first-class battling, the BS team recorded scores that dazed everyone. In fact, if history could be reversed, they will be quick to erase this history and set an appealing one.

In the first match, the BS cricketers only scored 137 runs, and England was contented with 100 runs and despite a paltry score in the first inning, BS lead by 37 runs.

Things were not yet unfolding for the two teams, and unfortunately, for the one team: BS, they never expected a stroke of bad luck was to hit them later (considering that they had thrown down the gauntlet England in the first inning). They never anticipated that a shocking record was waiting to be set by their team – one that will take long to be erased from history books.

When the team bounced back for the third innings, no one anticipated the team was going to set such an awful and a historic record that will linger in the minds of fans for over twenty decades after the game. The BS team only scored SIX runs in the inning. J. Lawrell and C. Bridger scored one run each with J. Wells only managing 4 runs. The remaining batters were sent back for a duck each, and the last cricketer Budd was not present hurt. If there is any lineup that will scrap this record, we are still waiting to see that.

Cricket is a fantastic play enchanting millions of viewers and fans with its records and unpredictable score. Don’t miss the chance to see the next match.