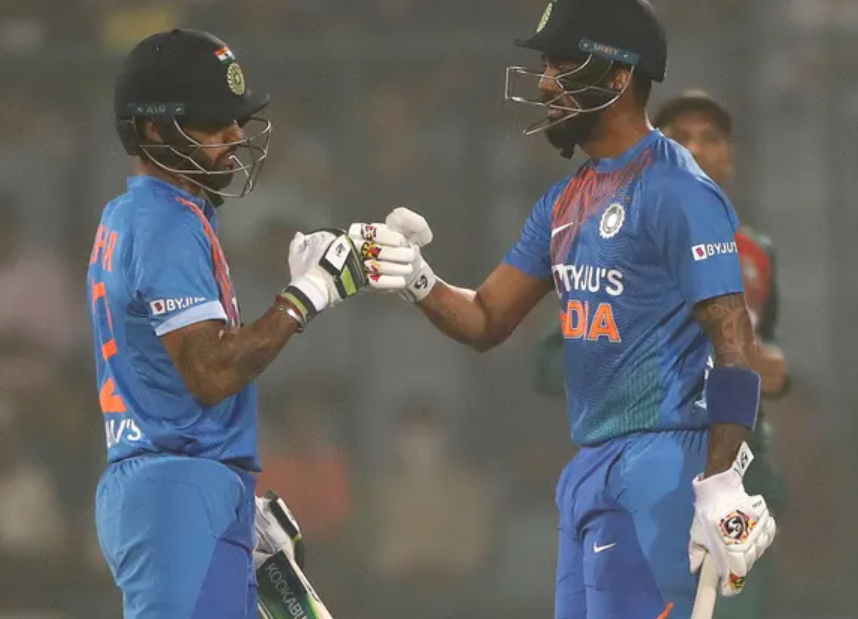 The Indian team will have quite a few tough selection calls to make as Virat Kohli & Co. take on England in the 5-match T20I series beginning Friday.

After a triumphant 3-1 victory in the Test series against England, the Indian team shifts focus to the shortest format of the game. Virat Kohli & Co. are to play England in a 5-match T20I series, beginning Friday. Unlike a few of the previous series, Team India have most of its superstar players available. With only 11 spots to fill in the team, however, the management faces a tricky task ahead.

Shikhar Dhawan, Rohit Sharma and KL Rahul are set to compete for the two opening spots while the No. 4 position will be contested between Shreyas Iyer and Suryakumar Yadav. The returning Bhuvneshwar Kumar will straight away replace Jasprit Bumrah who has taken a leave for his nuptials. There, undoubtedly, are some intriguing team selection calls to make.

Rohit Sharma was one of India’s best batsmen in the Test series against England. His batting acumen in the T20Is is probably second to none which means he would be a starter for the hosts in the T20I series. With Shikhar Dhawan and KL Rahul the other choices in the opening department, the team management is likely to rotate the three at the top in the 5 matches. To begin with, however, the Rahul-Rohit combination is expected to get the nod.

Shreyas Iyer isn’t probably the perfect T20 batsman a team wants batting at second-down position. With the much-talked-about Suryakumar Yadav getting his maiden call-up to the national team, Iyer faces stiff competition for his spot. Though it looks like Iyer might get the nod to begin with, Suryakumar will surely be breathing down his neck in the series.

If Dhawan and Rohit open for India, Rahul can also be slotted in the middle-order.

KL Rahul has taken up the wicket-keeping role in the team for a while now but the inclusion of two full-time stumpers in the form of Rishabh Pant and Ishan Kishan might see Rahul return to an outfield position once again. But who among Pant and Kishan will get the nod?

While Pant has been spectacular since the Australia tour, Ishan has also been in a phenomenal form in the shortest format. It will surely be a difficult call to make.

There’s no doubting that Chahal will be the first-choice spinner in the team but the second spinner’s spot is much debatable. There’s once again going to be a tough competition for the spot with the likes of Varun Chakravarthy, Axar Patel, Washington Sundar, Rahul Tewatia vying for the same role.

One of Chakravarthy and Sundar is likely to be persisted with initially. If the team wants an additional hitter, Tewatia could get the nod.

No place for Deepak Chahar

The return of Bhuvneswhwar Kumar might force the team management to bench Deepak Chahar. The two are very similar kind of bowlers and the status of Bhuvi is likely to see him get the nod over Chahar. Two of Shardul Thakur, T Natarajan and Navdeep Saini could partner Bhuvneshwar in the pace attack.